Quite likely Turkey is indeed building up an invasion force, but that is not to say it will actually invade

The Russian military said Thursday that it has “reasonable grounds” to suspect that Turkey is making intensive preparations for a military invasion of neighboring Syria.Images of a checkpoint on the border between the Turkish town of Reyhanli and the town of Sarmada in Syrian taken in late October and late January show a buildup of transportation infrastructure that could be used for moving in troops, ammunition and weapons, spokesman Maj. Gen. Igor Konashenkov said in an English-language written statement.

He said these were among growing signs of “hidden preparation of the Turkish armed forces for active actions on the territory of Syria.
…
A Turkish Foreign Ministry official said the ministry would have no immediate comment.

Turkey yesterday prohibited a Russian reconnaissance “Open Skies Treaty” flight over the Turkish-Syrian border zone. There are dozens such flights per year over Russia by NATO and over NATO countries by Russia. This is to my knowledge the first time such a flight, which had earlier been requested and accepted, is blocked by the guest country.

It is to be reminded that the Russian Defence Ministry has intensified all kinds of intelligence in the Middle East region.That’s why, if someone in Ankara thinks that the prohibition of Russian observer flight allows to hide something, it is unprofessional.

The decisive Syrian government victory yesterday cuts off the foreign supported insurgents in Aleppo and Idleb from they supply sources in Turkey and deprives them of their fuel supplies.

In reaction to that victory the supporters of the insurgents and terrorist in Syria are likely to increase their efforts. The negotiations in Geneva failed over the Syrian victory and the Saudis had already promised that such a failure would lead to an increased support. The Saudi Defense Ministry declared today that Saudi ground forces could take part in action in Syria. It is doubtful that the Saudis have a real capability to do so.

But the Saudis and others will now again shower the insurgents and Jihadis in Syria with money and new weapons. A Turkish invasion could add momentum to such a move.

Such an invasion would be come at the Syrian and Turkish border between Azaz and Jarabulus that is currently under Islamic State control. The Syrian YPG Kurds plan to take that area with Russian help and to seal the border. Turkey does not want that to happen. Its well working lines of communication with the Islamic State must be kept open.

So is a Turkish invasion of Syria in preparation? My guess is yes.

But will it really happen? My guess is no.

NATO will restrain Turkey from such a misguided adventure. It could mean war with Russia and no European NATO country would like that to happen. Without NATO backing the Turkish military is unlikely to follow the order for such a move.

The Russia revelation of the Turkish preparations is increasing the deterrence against such a move. It also means that Russia would react harshly against a Turkish invasion and surely Russia has demonstrated by now that it has the means to do so in decisive ways.

But even while Turkey is unlikely to send its army it may use a proxy force to capture more Syrian territory.

The Zionist lobby in Washington DC in form of the Washington Institute is advising Turkey to invade Syria by proxy to keep the Kurds away from the border zone.

The most effective way to monitor the Azaz-Jarabulus border area would be to ensure that the Syrian side is filled by forces friendly to Turkey, or at least opposed to IS. One possible such group would be the Syrian Turkmens, who are ethnically related to Turks and are being trained by Turkey as a fighting force in northwestern Syria.
…
[T]he Turkish armed forces has modern artillery with an effective range of twenty to twenty-five miles, UAVs, and other means to protect its clients administering a prospective safe zone.

These “Turkmen” had occupied northern Latakia where they are just being kicked out by the Syrian army and its supporters. They consist of Turkish “Grey Wolf” fascists, Turkish Islamists and Chechen and Uhigur Islamist mercenaries. They are controlled by the Turkish secret service MIT.

The whole plan has a logical flaw. If, as the Washington Institute lobbyists claim, it is desirable for Turkey to monitor or seal the border from Islamic State infiltration why can’t this be done on the Turkish side of the border? Why does this necessitate an illegal invasion by proxy of Syria? I find no plausible answer to that last question.

The lobbyists also skip over the question of potential retaliation. If Turkish artillery fires into Syria then Syria and its supporters are legally justified to fire back by whatever means are needed. A few Russian cruise missiles could easily take care of those Turkish artillery battalions. What would then follow?

Neither the Turks nor the Saudis nor the U.S. nor Israel have given up on their “regime change” war on Syria. But their proxies have taken serious losses and are likely to lose the fight. While we can expect some new attempts for escalation I expect  that these will be mere face saving moves. It will take some additional time until the reality will sink in and until some other issue can be found to distract from their inevitable retreat. 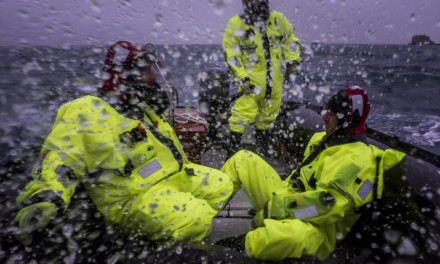 World Powers Scramble to Assert Themselves in Antarctica