Wahhabist Saudis Can’t Stop ISIS, Because They Are ISIS

As long as the rogue state of Saudi Arabia is involved, the Geneva talks are doomed to failure The author is a famous writer and left wing political activist

Media report that “the Geneva Conference on Syria announced that it has been postponed til February 25th”.

The pro-government Russian media often explain the failure of the talks in Geneva by the success of the military intervention of Russia enabling the advance of the Syrian army.

Personally, I’ve paid attention to the fact that the delegation of ‘opposition’ forces, before coming to Geneva, spent a week in Saudi Arabia being coached on how to behave.

Saudi Arabia is the birthplace of Wahhabism, which constitutes two-thirds of the ideology of ISIS.

In 1744 Muhammad ibn Abd al-Wahhab was exiled from his native town of Uyyauna where he preached a return to the pure beliefs of old times. He arrived in Diriyah, another small town whose people were poor, not wihstanding good soil. The city was known for its orchards and fig plantations, its emir and a bandit named Muhammad ibn Saud. The two Muhammads discovered they were meant for each other.

Wahhabism rejects the deifying of Mohammed and condemned Muslims who prayed at the graves of the saints, criticizing the custom of marking the grave with names, denounced everyone who was not a Sunni Muslim and even some Sunni groups (including the Sultan and Caliph in Istanbul) as heretics. This provided a political and religious justification for a jihad against other Muslims, especially Shiites, including the Ottoman Empire.

By 1792, when Ibn Wahhab died, the Saudi-Wahhabi forces had conquered the city of Riyadh (the current capital of Saudi Arabia), Harzh and Kazim. In 1803 they captured the holy city of Mecca and destroyed the tomb of the Prophet and the Caliphs! That’s when the Islamic State came into being.

So make no mistake: as long as the rogue state of Saud Arabia exists, talks involving Islam will fail. 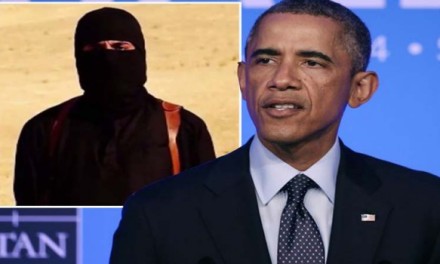 The real obstacle to Syrian peace