Things Are Only Going To Get Weirder

Things are getting stranger and stranger. If you would have told someone ten years ago that Dennis Rodman would one day be helping to negotiate peace between North Korea and President Donald Trump, they would have assumed you were describing some weird movie cooked up in the mind of Mike Judge or the South Park guys. But in this timeline it’s an actual news story. 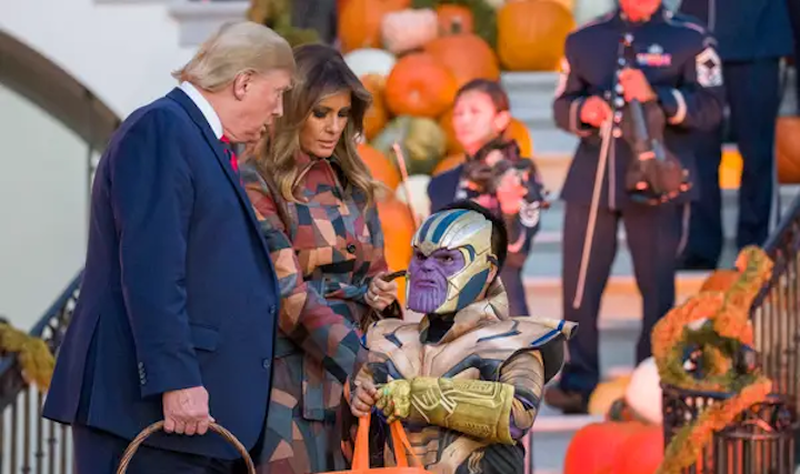 Everything about the last few years has been weird. The mass media’s behavior has been weird, Russiagate was weird, Ukrainegate is weird, a former presidential candidate accusing a current presidential candidate of working for the Kremlin was weird, people constantly accusing strangers on the internet of being Russian agents is weird, factions of the US government constantly leaking information against other factions of the US government is weird, the DNC getting caught rigging their primary was weird, Hillary Clinton losing the election was weird, the Skripal poisoning was weird, US government officials openly tweeting about their Venezuela coup is weird, the breakdown of the entire mainstream Syria narrative is weird, Assange’s arrest was weird, the campaign to censor the internet is weird, and this is just stuff off the top of my head from the areas I’ve been looking at in my own narrow spectrum of focus. Anyone else could list dozens of other weird new developments from their own slice of the information pie.

I often hear people in my line of work saying “Man, we’re going to look back on all this crazy shit and think about how absolutely weird it was!”

No we won’t. Because it’s only going to get weirder.

It’s only going to get weirder, because that’s what it looks like when old patterns start to fall away.

The human mind is conditioned to look for patterns in order to establish a baseline of normal expectations upon which to plan out future actions. This perceptual framework exists to give us safety and security, so disruptions in the patterns upon which it is based often feel weird, threatening, and scary. They make us feel insecure, because our cognitive tool for staying in control of our wellbeing has a glitch in it.

When you’re talking about a species that has been consistently patterned towards its own destruction, though, a disruption of patterns is a good thing. Our ecocidal, warmongering tendencies have brought us to a point that now has us staring down the barrel of our own extinction, and that is where we are surely headed if we continue patterning along the behavioral trajectory that we have been on. Only a drastic change of patterns can change that trajectory. And we are seeing a change of patterns.

Sure it’s sloppy as hell. Pattern disruption always is. Show me someone who recovered from a severe addiction to hard drugs who enjoyed a smooth, easy transition into sobriety with no major changes in their life besides the absence of substance abuse. Show me someone who left an abusive long term relationship whose life wasn’t drastically upended by it. People see safety in patterns, even unhealthy patterns, and they build their own patterns on the patterns of those in their lives. When any of those patterns disappear for anyone involved, it can feel unsafe for many people around them.

When patterns first start vanishing, it can look like things are getting worse. Because a disappeared pattern is an absence of something and not a thing in itself, people don’t see it, because the human mind is naturally drawn toward things and not the absence of things. So their attention will be drawn toward whatever things start to happen in the absence of the old pattern, which won’t necessarily be a pleasant or attractive thing, and they’ll say “Oh no! Things are getting worse now!” No they’re not. An unhealthy pattern disappeared, and in its absence something unappealing fell into place for a bit. But the absence of the old unhealthy pattern is a good thing, and in the long run will lead to good results, in the same way that leaving an abusive marriage may lead to financial hardship and stress in the short term but will lead to thriving in the long term.

I have become convinced in my personal life that humans are far more capable of breaking patterns than they realize. There’s an intelligence running things below the loud thinky noises of our inner narrative generators which most of us aren’t aware of, but which I’m convinced is disappearing old behavior patterns in our species, both collectively and individually.

We’re all mentally aware that things need to change away from the patterns we’ve been collectively engaged in, but we’ve been unable to bring about those changes in patterning because our efforts to do so arise from the same conditioning patterns that got us into this mess in the first place. Our patterns have led us to violent revolutions, but those just lead to governments which end up perpetuating the same old patterns we were trying to end. Our patterns have led to nonviolent political movements, but those end up being co-opted and their energy fed into the same collective patterning. Despite being told in movement after movement that the real enemy is the King or the Emperor or the aristocracy or the Jews or the Communists, over and over again the real enemy behind the curtain has ended up being our own conditioned tendency to keep repeating the same collective behavior patterns.

That’s what seems to be evaporating. Not because anyone came up with the Ultimate Political Ideology in their thinky brains, not because some clever revolutionary came up with the Ultimate Plan for Toppling the Status Quo, not because some adept killers killed those in power and replaced them with themselves, but because this mysterious guiding intelligence running the scenes far below the level of verbal thought has been disappearing our patterns in a way we don’t notice because we’re not conditioned to notice absences.

The observation of the obvious fact that humankind is deeply conditioned is what has led to philosophical debates throughout the ages of the existence of free will. How can a species so beholden to its preconditioned patterning have freedom of choice in its actions? In my experience the answer is that there is something at play within each of us which provides the potential to discard old patternings. We don’t have any free will as to how a given conditioned behavior pattern will play out as long as we’re still holding them, but there is something in all of us which is capable of opening the door to relinquishing a mental habit altogether. This is the only extent to which free will may be said to exist.

Sometimes I wonder if the world as we knew it really did end in December 2012 as so many mystics, psychics and psychonauts predicted. Not in a nuclear holocaust or giant meteor obviously, but in the beginning of an unravelling of the glue that holds human behavior patterns in place. There certainly hasn’t been a normal US presidential election since that date, and there doesn’t seem to be one on the horizon in the foreseeable future. Things have been getting stranger and stranger ever since, and this trend appears to be accelerating rather than slowing down.

Things are weird, and they’re only going to keep getting weirder. Buckle up, buttercup.

Thanks for reading! The best way to get around the internet censors and make sure you see the stuff I publish is to subscribe to the mailing list for my website, which will get you an email notification for everything I publish. My work is entirely reader-supported, so if you enjoyed this piece please consider sharing it around, liking me on Facebook, following my antics on Twitter, checking out my podcast on either Youtube, soundcloud, Apple podcasts or Spotify, following me on Steemit, throwing some money into my hat on Patreon or Paypal, purchasing some of my sweet merchandise, buying my new book Rogue Nation: Psychonautical Adventures With Caitlin Johnstone, or my previous book Woke: A Field Guide for Utopia Preppers. For more info on who I am, where I stand, and what I’m trying to do with this platform, click here. Everyone, racist platforms excluded, has my permission to republish or use any part of this work (or anything else I’ve written) in any way they like free of charge.