Houthis Strike Back 3A 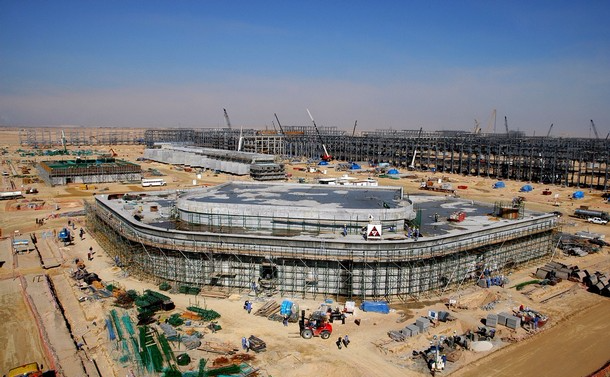 Things aren’t going well for the US, NATO, Israel, Riyadh, and their jihadist proxies in Yemen.

The attacks halted over five million barrels of crude operations per day, more than half the kingdom’s daily output, around 5% of world oil supply.

Its natural gas production was also affected, halting about half its output. It’s unclear how much damage was done and how long it will take to restore operations.

Along with other strategic kingdom targets, key Saudi oil fields remain vulnerable to repeated attacks as long as Riyadh wages war on Yemen.

They “carried out a massive offensive operation with ten drones targeting the refineries  Abqaiq and Khurais affiliated to Aramco in the eastern region of Saudi Arabia this morning, and the hit was accurate and direct,” adding:

Houthi attacks on the kingdom are “within the framework of our legitimate and natural right to respond to the crimes of aggression and the ongoing siege on our country for five years.”

“This operation is one of the largest operations carried out by our forces in the depth of Saudi Arabia and came after an accurate intelligence operation and advance monitoring and cooperation of honorable and free mans within the Kingdom.”

“We promise the Saudi regime that our future operations will expand further and be more painful than ever as long as it continues its aggression and siege.”

“We affirm that our goals bank is expanding day by day and that there is no solution for the Saudi regime except to stop the aggression and siege on our country.”

Houthis showed they can back threats with effective action. As long as Saudi warplanes terror-bomb Yemeni targets and blockade on the country remains in place, significant Houthi retaliation on strategic kingdom targets will likely continue.

Endless war cost Riyadh tens of billions of dollars, its economy adversely affected, its 2019 budget deficit expected to be about 7% of GDP, according to the IMF.

Its figures are based of average daily Saudi output of 10.2 million barrels of oil daily, priced at $65.50 on average.

On September 13, Brent crude was below this figure at $60.25 per barrel. If economic conditions weaken ahead, the price could drop sharply.

If Saudi output is reduced significantly for an extended period, oil prices could go much higher.

According to the Wall Street Journal in late August, the Trump regime “is preparing to initiate direct talks with (Ansarullah) Houthi(s) in an effort to end…war…according to (unnamed) people familiar with the plans.”

Before the latest phase of US war in Yemen began in March 2015, The Journal said Obama regime officials “met secretly with Houthi rebels for the first time in Oman to press for a cease-fire,” adding:

“But there haven’t been any significant direct negotiations since (Trump) took office in 2017, current and former US officials said.”

Its hardliners blame Iran for war in Yemen — launched by Bush/Cheney in late October 2001, weeks after US aggression on Afghanistan began.

Whenever US negotiations are held, its promises are empty time and again — proving its officials can never be trusted.

If war-weary Saudis cease warmaking on Yemen, endless US war will likely continue — directly or indirectly with Pentagon/CIA controlled jihadist proxies, along with drone war.

“Tehran is behind nearly 100 attacks on Saudi Arabia (sic) while Rouhani and Zarif pretend to engage in diplomacy (sic).”

“Amid all the calls for de-escalation, Iran has now launched an unprecedented attack on the world’s energy supply (sic).”

“There is no evidence the attacks came from Yemen (sic).” Possibly they came from Houthi-captured Saudi territory along the border between both countries.

“We call on all nations to publicly and unequivocally condemn Iran’s attacks. The United States will work with our partners and allies to ensure that energy markets remain well supplied and Iran is held accountable for its aggression (sic),” Pompeo added.

Time and again, the world’s leading aggressor/human rights abuser USA blames others for its own high crimes.

Pompeo stopped short of urging US strikes on Iranian targets. Neocon Senator Lindsey Graham said: “It is now time for the US to put on the table an attack on Iranian oil refineries…”

“Everybody should know that all American bases and their aircraft carriers, at a distance of up to 2,000 km around Iran, are within the range of our missiles,” adding:

“Al-Udeid base in Qatar, az-Zafra base in the UAE and a US vessel in the Gulf of Oman would be targeted if Washington took military action.”

In response to a cut in oil supply following damage to Saudi oil facilities Saturday, the US Energy Department said it’s ready to release oil from its strategic petroleum reserve (SPR) if needed.

“Oil prices will jump on (Saturday’s) attack, and if the disruption to Saudi production is prolonged, an SPR release…seems likely and sensible.”

Note to readers: please click the share buttons below. Forward this article to your email lists. Crosspost on your blog site, internet forums. etc.

Award-winning author Stephen Lendman lives in Chicago. He can be reached at lendmanstephen@sbcglobal.net. He is a Research Associate of the Centre for Research on Globalization (CRG)

His new book as editor and contributor is titled “Flashpoint in Ukraine: US Drive for Hegemony Risks WW III.”

Visit his blog site at sjlendman.blogspot.com.

Hillary Clinton and the Syrian Bloodbath