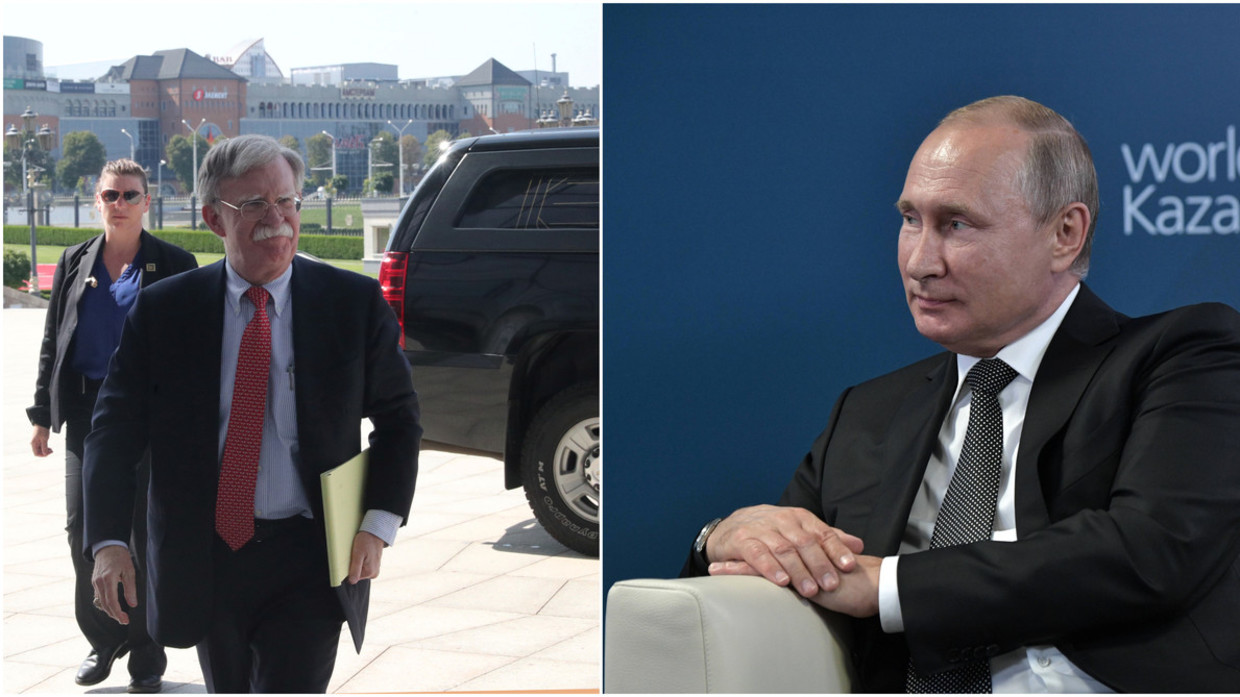 US National Security Advisor John Bolton has visited a host of ex-Soviet republics, including Moscow’s longtime ally, Belarus. Some saw it as a sign of growing US influence on Russia’s border. Is it?

Frequent and almost traditional visits of US officials to Kiev would hardly surprise anyone these days. After all, Kiev took an ardently pro-US and anti-Russian position right after the 2014 Maidan events and another visit of another US official would hardly add anything to the geopolitical equation there. Yet, the schedule of the White House advisor this time included trips to Chisinau and Minsk as well.

For the latter it was the first visit of a high-ranking US official  in almost two decades to the country deemed one of Moscow’s most faithful allies. Some rushed to call it a “turning point” in the geopolitical situation on the Russian borders, which is sure to “ruffle feathers in Moscow.” Others assumed that Minsk somehow grew weary of its friendship with its bigger neighbor and is now more than happy to “build warmer relations with the West.”

Yet, Moscow did not seem to be particularly concerned about these developments as it limited itself to saying that Belarus is free to invite whoever it wants. Kremlin spokesman Dmitry Peskov shrugged off speculation that Bolton’s visit would suddenly mark the start of close cooperation between Minsk and Washington.

So, was Bolton’s visit as important as the mainstream media portray it? RT asked some political scientists.

The US has been virtually absent from the Belarusian foreign policy radar for years. Together with its European allies, Washington “froze” relations with the Belarusian leader Aleksandr Lukashenko in an attempt to pressure him into a more pro-Western position, Fyodor Lukyanov, editor-in-chief of Russia in Global Affairs magazine, said.

Have any of John Bolton's foreign policy schemes from Iraq to Venezuela to now Iran ever helped America?https://t.co/8cMA1AAsob

Now, as this strategy proved to be futile, Republicans, who tend to be less constrained by ideological boundaries than Democrats, decided to simply revive relations with Minsk, he explained.

In fact, the US just wants to see how the wind is blowing in Belarus after Washington’s de-facto years-long absence, Oleg Nemensky, a senior fellow at the Russian Institute of Strategic Studies, believes. “The US seeks to restore its role in the regional geopolitical game,” he said.

Limits of the possible

Yet, Washington should be prepared for the fact that its cooperation with Minsk is likely to be very limited in the near future.

Lukashenko is ready to keep “pragmatic working relations with the US” but would hardly go any further, Lukyanov says. “Belarus is too closely tied to Russia” – both economically and politically – he explained.

Besides, years of ostracism in the West has given the Belarusian president a clear understanding that he could never fully trust the US or its allies, Lukyanov adds. “Strategically, the West still does not want to see Lukashenko as the Belarusian leader” – and he is well aware of that.

What Lukashenko would also certainly like to avoid is seeing his country following in the footsteps of Ukraine, which witnessed tumultuous years and a civil war after the 2014 Maidan coup. “The situation in Ukraine does not bode well for Belarus’ pivot to the West,” Nemensky said.

In his quest to lure ex-Soviet republics into the US sphere of influence, Bolton did not hesitate to assure them that he came to support their sovereignty and freedom. Yet, his attempt to encourage them to be more “independent” from Russia appears to be inherently flawed because he fails to understand how things work on the ground.

Great meeting in Belarus with Minister of Foreign Affairs Vladimir Makei. We discussed a wide range of topics related to Belarusian national security and sovereignty. pic.twitter.com/2GHqjZfvdH

“The Western politicians still cannot avoid a fairly typical mistake they make by believing that any step towards democracy is in fact a step away from Russia,” Nemensky says explaining the statement in the tweet below. Bolton is overly “confident that Minsk’s pro-Russian course is antidemocratic and cannot be supported by people.”

The people of Belarus should determine their relationship with Russia. https://t.co/rHGjDwOzly

However, Belarus, Moldova and Ukraine have both pro-Western and pro-Russian groups both within the elite and the general public, so such statements are unlikely to make the US warhawk more popular in Minsk or Chisinau.

Essentially, Bolton’s visit could hardly be a cause for concern in Moscow. “That is just diplomatic routine,” Lukyanov said.

Russia and the USA