The Western Alliance Is Falling Apart 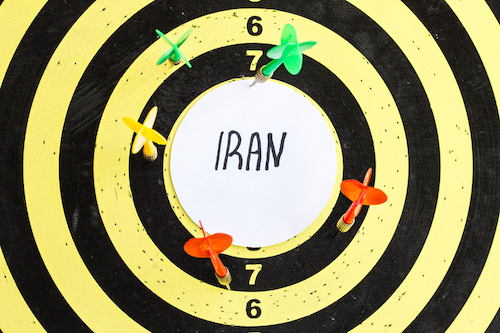 Ever since Imran Khan became the 22nd Prime Minister of Pakistan in August 2018, the winds have changed. While his predecessors, though generally leaning eastwards, have often wavered between the US and the China orbit, Khan is in the process of clearly defining his alliances with the east, in particular China. This is for the good of his country, for the good of the Middle East, and eventually for the good of the world.

A few days ago, RT reported that China, in addition to the expansion of the new port in Gwadar, Balochistan, has entered agreements with Pakistan to build a military/air base in Pakistan, a new Chinese city for some half a million people, as well as several road and railway improvement projects, including a highway connecting the cities of Karachi and Lahore, reconstruction of the Karakoram Highway, linking Hasan Abdal to the Chinese border, as well as upgrading the Karachi-Peshwar main railway to be completed by the end of 2019, for trains to travel up to 160km / hour.

This rehabilitation of dilapidated Pakistani transportation infrastructure is not only expected to contribute between 2% and 3% of Pakistan’s future GDP, but it offers also another outlet for Iranian gas / hydrocarbons, other than through the Strait of Hurmuz – for example, by rail to the new port of Gwadar which, by the way, is also a new Chinese naval base. From Gwadar Iranian hydrocarbon cargos can be shipped everywhere, including to China, Africa and India. With the new China-built transportation infrastructure Iranian gas can also be shipped overland to China.

In fact, these infrastructure developments, plus several electric power production projects, still mostly fed by fossil fuel, to resolve Pakistani’s chronic energy shortage, are part of the Chinese Belt and Road Initiative (BRI), also, called the New Silk Road. They are a central part of the new so-called China-Pakistan Economic Corridor (CPEC) which was first designed in 2015 during a visit by China’s President Xi Jinping, when some 51 Memorandums of Understanding (MoU) worth then some US$ 46 billion were signed. Pakistan is definitely out of the US orbit.

Today, in the CPEC implementation phase, the projects planned or under construction are estimated at over US$ 60 billion. An estimated 80% are direct investments with considerable Pakistani participation and 20% Chinese concessionary debt. Clearly, Pakistan has become a staunch ally of China – and this to the detriment of the US role in the Middle East.

Washington’s wannabe hegemony over the Middle East is fading rapidly. See also Michel Chossudovsky’s detailed analysis “US Foreign Policy in Shambles: NATO and the Middle East. How Do You Wage War Without Allies?”.

A few days ago, Germany has refused Washington’s request to take part in a US-led maritime mission in the Strait of Hormuz, under the pretext to secure hydrocarbon shipments through this Iran-controlled narrow water way. In reality it is more like a new weaponizing of waterways, by controlling who ships what to whom – and applying “sanctions” by blocking or outright pirating of tankers destined for western ‘enemy’ territories.

Foreign Minister Heiko Maas announced last Wednesday in Warsaw, Poland, that there “cannot be a military solution” to the current crisis in the Persian Gulf and that Berlin will turn down Washington’s request to join the US, British and French operation “aimed at protecting sea traffic in the Strait of Hormuz, and combating so-called “Iranian aggression.”

This idea of the Washington war hawks was conceived after Iran’s totally legal seizure of the British-flagged Stena Impero oil tanker, after it rammed an Iranian fishing boat a couple of weeks ago. However, nothing is said about the totally illegal and US-ordered British piracy of the Iranian super tanker Grace I off the coast of Gibraltar in Spanish waters (another infraction of international law), weeks earlier. While Grace I’s crew in the meantime has been released, the tanker is still under British capture, but western media remain silent about it, but lambast Iran for seizing a British tanker in the Strait of Hormuz.

Germany remains committed to the 2015 Joint Comprehensive Plan of Action – JCPOA (the Iran nuclear deal), from which the United States unilaterally withdrew a year ago, and Germany will therefore not intervene on behalf of the US.

Add to this Turkey – a key NATO member both for her strategic location and NATO’s actual military might established in Turkey – moving ever closer to the east, and becoming a solid ally of Russia, after having ignored Washington’s warnings against Turkey’s purchasing of Russian S-400 cutting-edge air defense systems. For “sleeping with the enemy” – i.e. moving ever closer to Russia, the US has already punished Turkey’s economy by manipulating her currency to fall by about 40% since the beginning of 2018. Turkey is also a candidate to become a member of the Shanghai Cooperation Organization (SCO), and so is Iran.

Turkey has become a de facto lame duck as a NATO member and may soon officially exit NATO which would be a tremendous blow to the North Atlantic Alliance – and may tempt other European NATO nations to do likewise. Probably not overnight, but the idea of an ever more defunct NATO is planted.

All indications are that the future, economically and security wise – is in the East. Even Europe may eventually ‘dare’ making the jump towards better relations with primarily Russia and Central Asia and eventually with China.

And that especially if and when Brexit happens – which is by no means a sure thing. Just in case, the UK has already prepared bilateral trade relations with China, ready to be signed – if and when – the UK exits the EU.

Will the UK, another staunch US ally, jump ship? – Unlikely. But dancing on two weddings simultaneously is a customary Anglo-Saxon game plan. The Brits must have learned it from their masters in Washington, who in turn took the lessons from the Brits as colonial power for centuries, across the Atlantic.

Western, US-led war on Iran is therefore unlikely. There is too much at stake, and especially, there are no longer any reliable allies in the region. Remember, allies – shall we call them puppets or peons, are normally doing the dirty work for Washington.
So, threatening, warning and annoying provocations by the US with some of its lasting western allies may continue for a while. It makes for good propaganda. After all, packing up and going home is not exactly Uncle Sam’s forte. The western alliance is no longer what it used to be. In fact, it is in shambles. And Iran knows it.

Peter Koenig is an economist and geopolitical analyst. He is also a water resources and environmental specialist. He worked for over 30 years with the World Bank and the World Health Organization around the world in the fields of environment and water. He lectures at universities in the US, Europe and South America. He writes regularly for Global Research; ICH; RT; Sputnik; PressTV; The 21st Century; TeleSUR; The Saker Blog, the New Eastern Outlook (NEO); and other internet sites. He is the author of Implosion – An Economic Thriller about War, Environmental Destruction and Corporate Greed – fiction based on facts and on 30 years of World Bank experience around the globe. He is also a co-author of The World Order and Revolution! – Essays from the Resistance. He is a Research Associate of the Centre for Research on Globalization.

Featured image is from The Freedom Articles