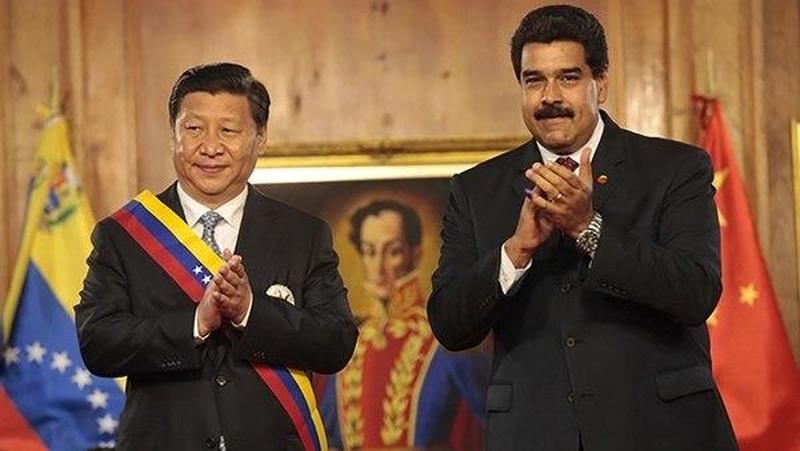 China won’t give up on embattled Venezuelan president Nicolas Maduro anytime soon even as the US-led international noose of “delegitimizing” hangs around the socialist strongman, according to government statements released on Friday. Beijing reaffirmed it maintains “normal state-to-state relations” and cooperation between the two sides “shouldn’t be undermined no matter how the situation evolves,” according to press briefing by the Chinese Foreign Ministry. Or rather, we could more simply translate: with billions of dollars in credit on the line, “non-interference” is simply not an option for China.

“China has maintained close communication with all parties through different ways,” a ministry spokesperson said in response to question about whether China has had contact with National Assembly leader Juan Guaido. “We are ready to work with all parties to promote peace talks, and create favorable conditions for the proper settlement of the Venezuelan issue,” the ministry added.

But then there’s the not so minor issue of China over the past decade lending over $50 billion to Caracas as part of an oil-for-loan agreements program. It underscores just how quickly what appears a new White House full court press for regime change could bring Washington again into indirect conflict with both China and Russia. And in total Venezuela owes “more than $120 billion just to China and Russia” FOX reported this week.

A new Wall Street Journal report outlines what’s at stake, and the mounting costs for Beijing:

When China hatched the first of a series of oil-for-loans agreements with Venezuela in 2007, it seemed like a perfect match. Venezuela had the world’s biggest oil reserves; China was poised to become the biggest energy consumer.

Twelve years and more than $50 billion in loans later, a political crisis in Venezuela is threatening China’s payout and drawing Beijing into a proxy standoff as it supports a Venezuelan leader the U.S. is intent on toppling. It is a conflict with Washington that Beijing could do without, amid efforts to resolve a trade dispute that is weighing on the Chinese economy.

And what remains of that loan which could potentially disappear with the stroke of an anti-Maduro coup?

According to estimates by China’s Commerce Ministry, Venezuela still owes around $20 billion, the WSJ reports. 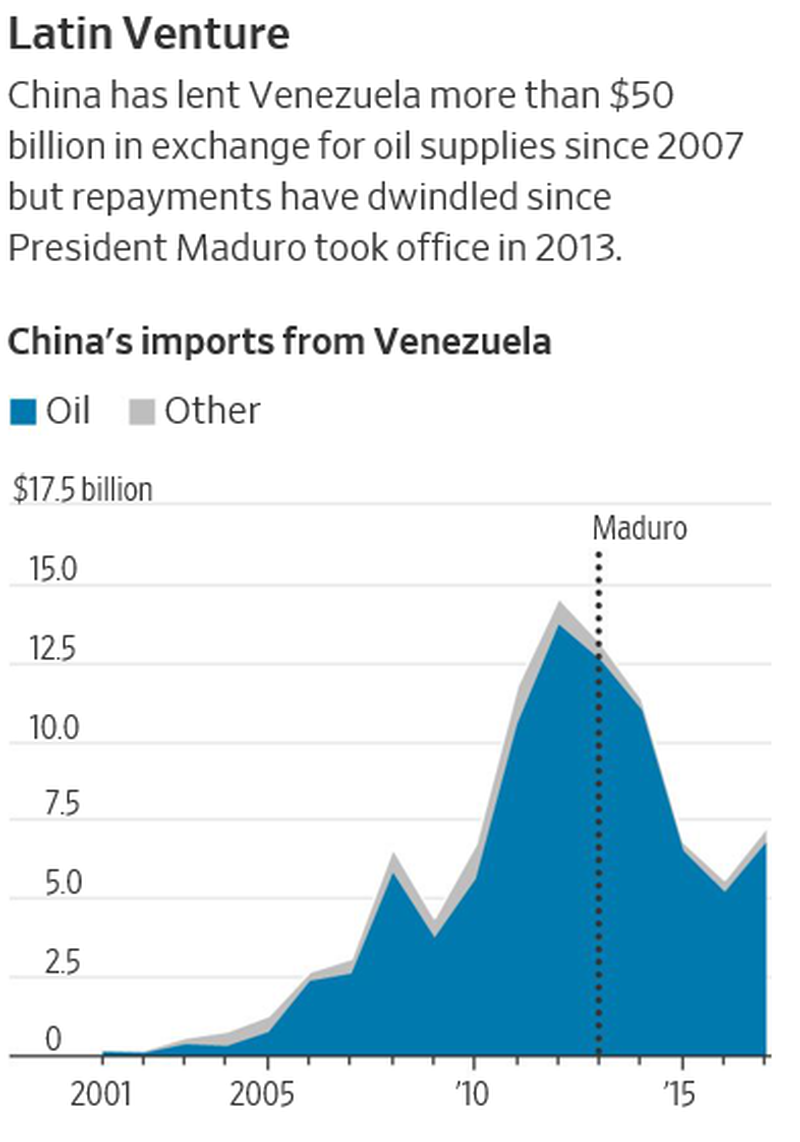 Both China and Russia further remain the Latin American country’s biggest arms suppliers and Beijing had an additional $3.2 in direct investments in Venezuela in 2017, not to mention at least three joint ventures between between China National Petroleum Corp and Venezuela’s now US-sanctioned state oil company, Petróleos de Venezuela SA, or PdVSA.

Though Venezuelan repayments to China reportedly began slowing to a “trickle” by 2015, current political unrest and Washington’s regime change efforts could prove devastating for Chinese investment:

China’s investments are now at risk under Mr. Maduro—and Beijing also recognizes that a U.S.-backed Guaidó administration might refuse to honor outstanding debts.

China’s Commerce Ministry spelled out this concern on Tuesday. “If the opposition party holds power in the future, a new Venezuelan government could use ‘protecting national interests’ as a reason to renegotiate contract terms with China and even just refuse to repay remaining debts,” the ministry said in its latest investment guidance report on Venezuela.

Given that Beijing is all to aware of the outcome to any Venezuelan transition of power, and given it remains the Maduro regime’s top weapons supplier, there’s no telling what kind of possible clandestine military-to-military cooperation or contingency plans are already in effect.

Similar to China’s quiet military support to Syria’s Assad throughout the past years of international proxy war in the Levant, which has gone increasingly public, China could be gearing up to support Maduro in a more direct capacity. 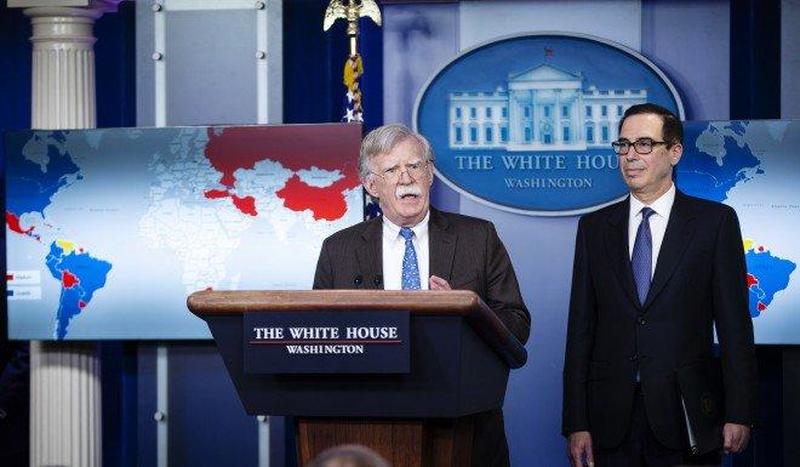 “Cold War style map” presented at Monday White House press briefing: the map was aimed at showing the countries that support Venezuela’s socialist President Nicolas Maduro (in red), and those countries that do not (in blue). via Bloomberg

For starters, China has a satellite tracking facility at the Capitán Manuel Rios Air Base in Guárico, while Russia has a cyberpresence at the Naval Base Antonio Diaz “Bandi” in La Orchilla, an island north of Caracas.

“This adds space and cyberspace capabilities that the Maduro regime does not have,” Humire pointed out. “For Russia and China, pressuring the U.S. via Venezuela adds leverage to their regional ambitions in Ukraine and Eastern/Central Europe (for Russia) and Taiwan and South China Sea (for China).” — FOX News

All of this suggests amidst what some analysts have dubbed “a new Cold War” scenario that another Cuban Missile Crisis in America’s backyard could be around the corner.

This is all the more likely considering the Trump White House may not be accurately assessing China and Russia’s resolve to stick by Maduro and his still loyal military. Yet unlike in Syria where Russian intervention at the invitation of Damascus in 2015 thwarted the US-Gulf-NATO drive for regime change, Washington has geography working clearly in its favor in the case of Venezuela.

A Major Unexpected New Reality in Syria: What Does It All Mean?