A List Of All The Good Things Trump Did For Russia

The Washington Post’s Greg Miller reported Sunday that President Donald Trump’s confiscation of the translator’s notes from a one-on-one conversation with Russian President Vladimir Putin in 2017 was “unusual.” This is incorrect. It was unprecedented. There is nothing like it in the annals of presidential history.

Not really. Other U.S. leaders held long private meetings with their counterparts without notes being taken.

When Richard Nixon met Leonid Brezhnev he did not even bring his own interpreter:

George Szamuely @GeorgeSzamuely – 20:57 utc – 14 Jan 2019Nixon would meet Brezhnev alone, the only other person in attendance being Viktor Sukhodrev, the Soviet interpreter. “Our first meeting in the Oval Office was private, except for Viktor Sukhodrev, who, as in 1972, acted as translator.” Nixon on Brezhnev’s 1973 visit. RN, p.878 . Therefore, the only “notes” that would exist would be those of the Soviet interpreter. Not sure he would have time to make notes and translate and, even if he did so, whether those notes would be housed in any US archive.

At their 1986 Reykjavik summit Ronald Reagan and Mikhail Gorbachev talked without their notetakers:

Mr. Reagan and Mr. Gorbachev began their second day of talks with a private meeting that had been scheduled to last 15 minutes but ran for nearly 70 minutes, with only interpreters present. They met in a small room in the Soviet Mission, with the Soviet leader seated in a small armchair and Mr. Reagan on a sofa.In the afternoon, they meet alone for a little over 20 minutes and then again for 90 minutes. All told, the two leaders have spent 4 hours and 51 minutes alone, except for interpreters, over the two days here.

The archives of the Reykjavik talks do not include any notes of those private talks.

But, who knows, maybe Nixon and Reagan where also on the Russian payroll, just like Donald Trump is today. 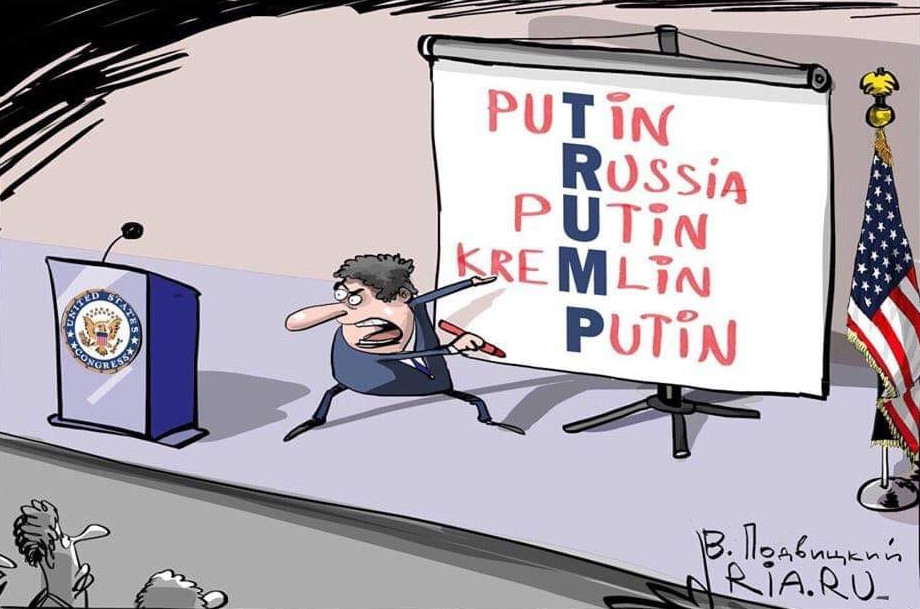 Only that Trump is controlled by Putin can explain why the FBI opened a counter-intelligence investigation against Trump (see section three).

That the FBI agents involved in the decision were avid haters of Russia and of Trump has surely nothing to do with it. That the opening of a counter-intelligence investigation gave them the legal ability under Obama’s EO12333 to use NSA signal intelligence against Trump is surely irrelevant.

What the FBI people really were concerned about is Trump’s public record of favoring Russia at each and every corner.

Trump obviously wants better diplomatic relations with Russia. He is reluctant to counter its military might. He is doing his best to make it richer. Just consider the headlines below. With all those good things Trump did for Putin, intense suspicions of Russian influence over him is surely justified.

US ‘to restrict Russian military flights over America’ – Independent, Sep 26 2017

Trump just hit Russian oligarchs with the most aggressive sanctions yet – Vice, Apr 6 2018

Russia ‘deeply disappointed’ at Trump’s withdrawal from Iran deal – Times of Israel, May 9 2018

Trump says US will withdraw from nuclear arms treaty with Russia – Guardian, Oct 21 2018

When one adds up all those actions one can only find that Trump cares more about Russia, than about the U.S. and its NATO allies. Only with Trump being under Putin’s influence, knowingly or unwittingly, could he end up doing Russia so many favors.

—
(Thanks to Erelis in comments for additions to the list.)