The Weaknesses in Liberal Democracy That May Be Pulling It Apart 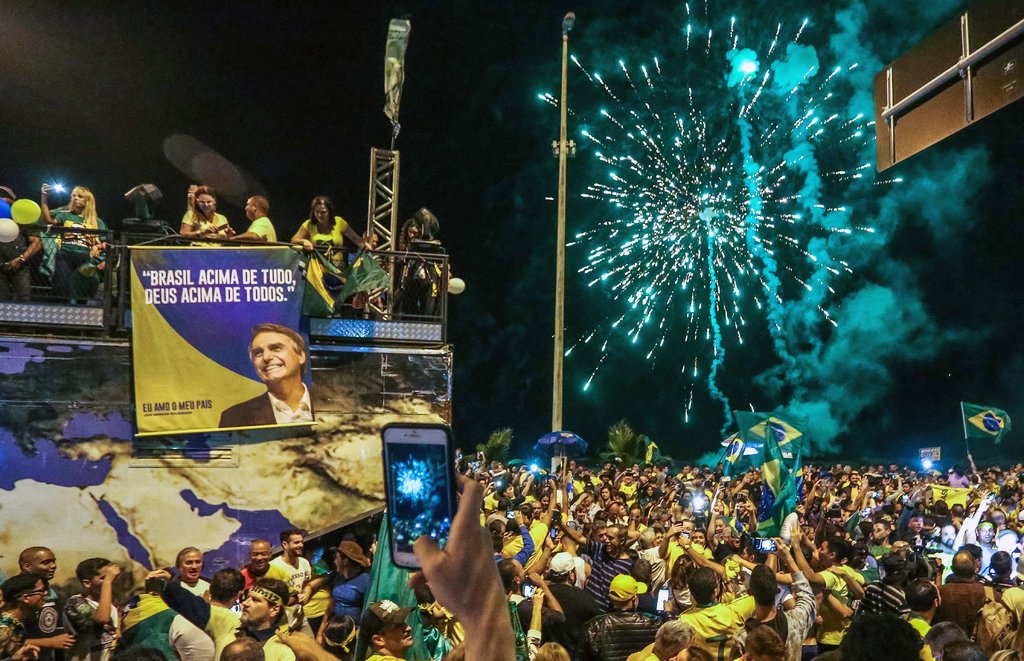 For anyone curious about the future of democracy, two developments out of Brazil and Germany pose something of a mystery.

The election of Jair Bolsonaro in Brazil looks too similar to the wave of right-wing, anti-establishment populism sweeping Europe and the United States to be dismissed as coincidence. Mr. Bolsonaro, known for praising his country’s former military dictatorship and insulting minorities and women, has championed anger at Brazil’s establishment by promising strong-fisted rule.

Underscoring the sense of a global shift, within hours of Mr. Bolsonaro’s victory, Angela Merkel, Germany’s longtime chancellor and pillar of European stability, announced she would not seek re-election.

Yet there is no obvious link between Mr. Bolsonaro’s rise and that of Western populists. Figures like Prime Minister Viktor Orban of Hungary and German populist parties rose by railing against the European Union and immigration, neither of them issues in Brazil. Mr. Bolsonaro rode a backlash against corruption and crime epidemics that are distinctly Latin American.

Maybe Brazil’s election, along with the rest of the populist trend, represents something more disruptive than a single wave with a single point of origin. Research suggests it exemplifies weaknesses and tensions inherent to liberal democracy itself — and that, in times of stress, can pull it apart.

When that happens, voters tend to reject that system in all but name and follow their most basic human instincts toward older styles of government: majoritarian, strong-fisted, us-versus-them rule.

It’s a pattern that might feel shocking or new in the West, but is all too familiar in Latin America, which has experienced several populist surges like the one that elevated Mr. Bolsonaro.

“Most attempts at democracy end in a return to authoritarian rule,” Jay Ulfelder, a political scientist, wrote in 2012 as elected populists in Venezuela, Ecuador and Nicaragua rolled back rights in ways that look familiar today.

At the time, most experts blamed issues specific to that region and that moment. But Mr. Ulfelder countered, “I think we get a lot farther if we think of these regimes as the end state toward which most attempts at democracy will slide.”

When Democracy Doesn’t Work as Imagined

There is a gap between how liberal democracy, which protects individual rights and rule of law, is sold and how it works.

It is often portrayed as rule by the people. But, in practice, elections and public sentiment are meant to be only part of a system governed by institutions and norms that protect the common good.

That gap is often where the problems begin.

When institutions fall short, as they did in Brazil, voters can grow skeptical of the entire idea of accruing power to bureaucrats and elites who failed in ways that highlight the gap.

So voters move to replace institutions with a style of government that feels more like democracy as they’d thought it would be: direct rule by the people.

That often means electing leaders like Mr. Bolsonaro, who promise to dismantle the establishment and rule through personal authority.

In practice, such leaders tend to consolidate power for themselves, as Silvio Berlusconi did after riding to power in Italy on a wave of outrage against corruption. He seized control of state bureaucracies, stalling their once-promising progress, and replaced the old system of patronage with a new one loyal to him.

Sometimes an anti-establishment backlash comes when there really is a deep rot in the system, as in Brazil or Italy. But it can also come when governments do things that are simply unpopular. 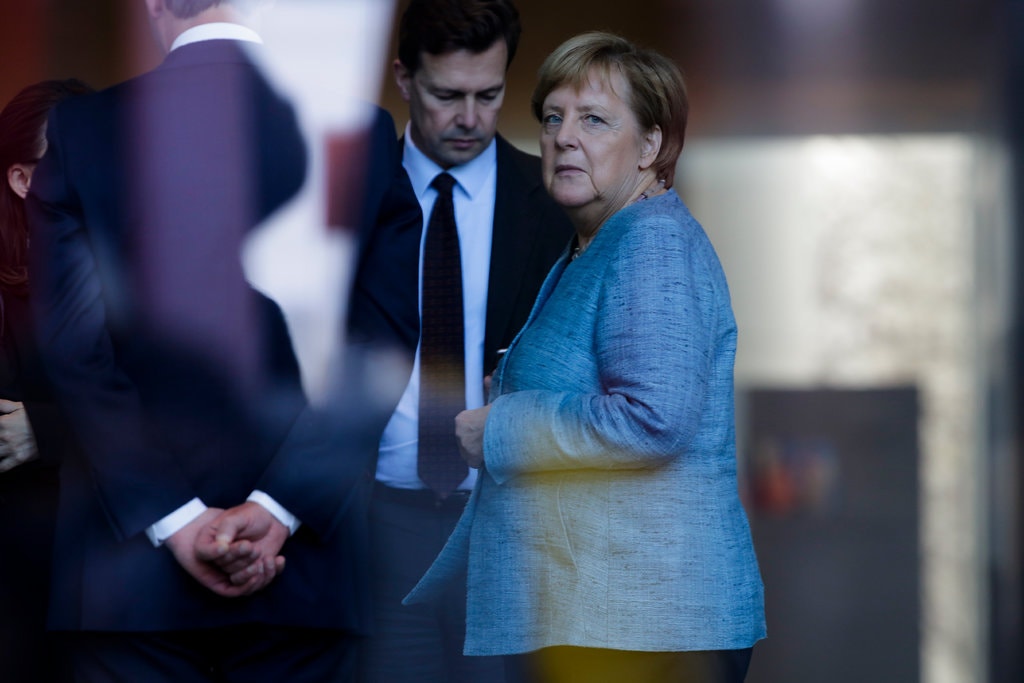 This has driven much of the instability in Europe, where leaders see eurozone and immigration reforms as essential to Europe’s long-term survival.

But those measures are unpopular with voters, bringing a spark of realization that the system is engineered to, at times, ignore what they want.

No one wants to believe their leaders are defying their wishes because a functioning democracy requires checks on public demand. It is easier to see those leaders as serving some other, unseen constituency.

This creates an opening for a canny outsider to rise to power by scapegoating foreign or moneyed interests — the liberal philanthropist George Soros is a popular target — and by promising to restore the people’s will.

The European Union, which never managed an identity that wasn’t associated with bankers and technocrats, has been easy to cast as an enemy of popular will. Establishment parties, closely tied to that project, have collapsed.

In Latin America, institutional failures were graver, with corruption rotting out political parties. Voters were aware of this corruption because justice systems had grown strong enough to root it out.

A technocrat would say this showed the need for even stronger and more independent institutions. But to voters, it felt like an indictment of the entire system — a reason to tear it down and elevate someone who could impose order.

That is not so different from what happened in the United States, where party officials became seen as unresponsive and beholden to moneyed interests. President Trump rose in part by arguing that his wealth granted him independence — though, in practice, he has empowered industry insiders — and by promising policies that party leaders had considered too extreme. 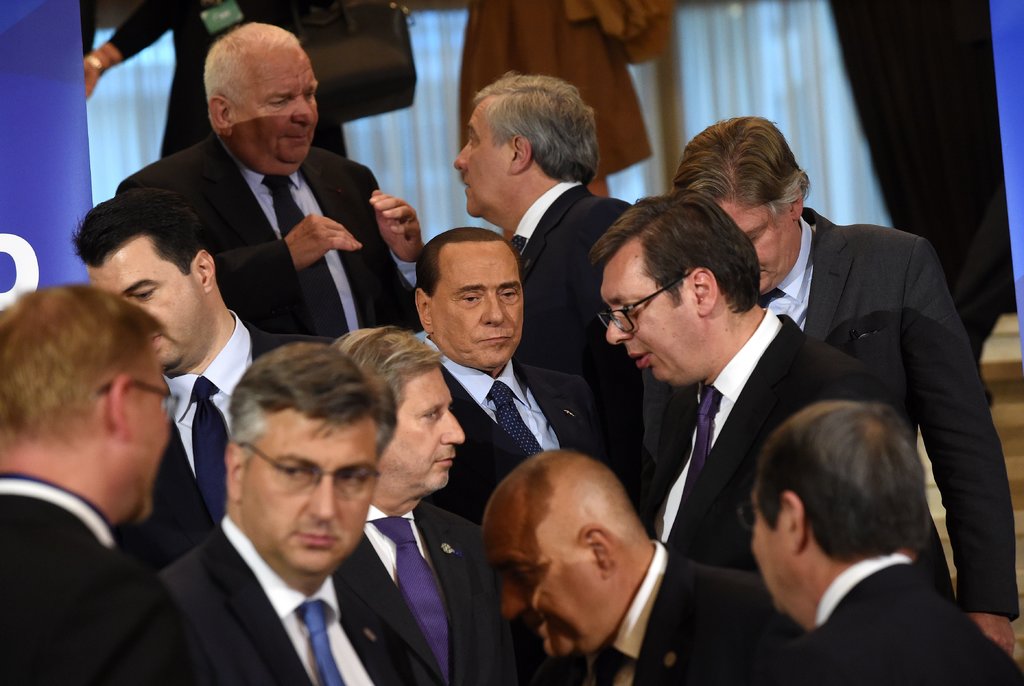 Populist backlashes, even if they focus on distant elites, tend to emerge as a desire for majority rule, which feels democratic to members of the majority — and, in certain circumstances, like a matter of life and death.

Human beings are tribal by nature. Our instincts are to put our group first and see ourselves as locked in competition with other groups. Liberal democracy, which promises that everyone gains when rights are protected for all, asks us to suppress those impulses.

But this is no easy ask. And tribal instincts tend to come to the fore in times of scarcity or insecurity, when our capacity for lofty ideals and long-term planning is weakest.

When people believe they are at risk of targeted violence, their sense of community narrows, according to research by Daphna Canetti-Nisim, a University of Maryland political psychologist. They grow more supportive of policies to control minorities and less supportive of pluralism or democracy.

Those impulses can be exploited.

The grisly campaign of state-sanctioned vigilante violence by President Rodrigo Duterte of the Philippines pins his country’s problems on an undesirable social class — in his telling, a vast army of drug dealers and users — and promises to control them through force.

Mr. Bolsonaro has promised his own extrajudicial war on drugs.

Such tactics work best when rallying a majority group. Liberal democracy, for all its protections of minorities, still delegates power by elections that favor whoever has the numbers.

In Europe and the United States, this has meant encouraging a subtle but unmistakable sense that white Christians are under siege. White voters have grown more defensive of their whiteness and afraid of minorities, tempting them to see democracy as a zero-sum struggle.

A three-country study led by Marta Marchlewska of the Polish Academy of Sciences found that the trouble often starts when members of a particular social group believe their group is declining in status relative to others. 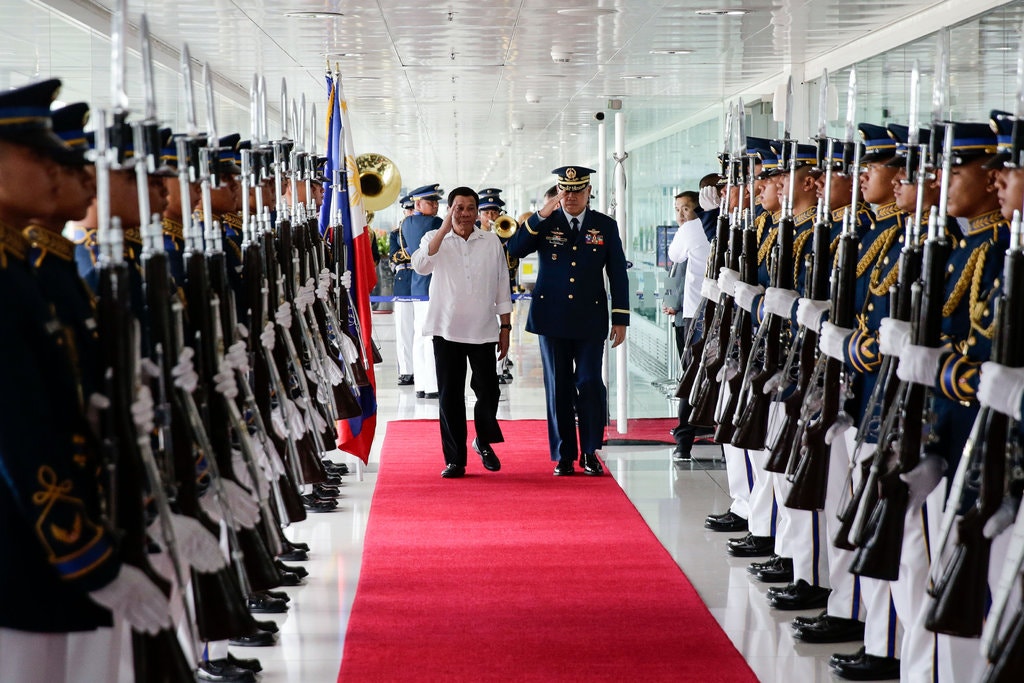 This makes members of that group care much more about their group identity — and see people outside of it as threats.

This can lead to a politics of us-versus-them, in which the ideals of liberal democracy feel like foolhardy surrender.

Liberal democracy is designed to flatten out social hierarchies, making this kind of majoritarian backlash all but inevitable.

This helped lead Poland’s Catholics, a once-dominant group, to support a political party that had promised to subvert the courts.

It may have also led European and American whites who feared losing what they viewed as their special place in society to support populist leaders who promised to control immigrants and minorities, and led middle-class Brazilians to crave harsh policing of poor communities.

But to the people whose impulses are being checked, those features can feel tyrannical. A populist’s promise to tear them down feels like freedom, though that is rarely what it brings.

Scholars are still struggling to understand what will happen to democracy, whose growth stalled over a decade ago and may now be receding.

Brazil hints at one possibility. Latin America’s experience — with voters pulling their countries between periods of fuller democracy and populist strongman rule — may be the natural default. The West’s half century of democratic stability may have been the exception, a byproduct of Cold War power rivalries.

We had long thought that democracies in regions like Latin America or Southeast Asia would catch up to those in the West. And maybe they will. Or maybe we had it backward all along.

Legend photo 2 : “Chancellor Angela Merkel of Germany, right, has announced that she will not seek reelection. Markus Schreiber/Associated Press”

Legend photo 3 : “Silvio Berlusconi, the former prime minister of Italy, center, in Sofia, Bulgaria, in May. Borislav Troshev/EPA, via Shutterstock”

Hillary Clinton and the Syrian Bloodbath