China sells low-end products to the United States and the US sells high-end products to China, directly as in the case of passenger aircraft and indirectly in the form of royalties for semiconductor and other designs paid to American companies by third-party suppliers.

If the two countries erect tariff barriers, China will shift resources to make its own high-end products and the US will either consume less, or source the same products from China’s economic satellites or, worst of all, manufacture low-end products at home.

That is the paradox of Peter Navarro, President Trump’s trade adviser and the most implacable advocate of tariff barriers against Chinese goods.

But things in Navarro-Navarro land don’t always work out as planned. In the case of a tariff war, China will suffer a drop in output in low-skilled industries, for example smartphone assembly, and Boeing will lose the aircraft market to Airbus.

This is clear from an industry breakdown of China-US trade. In Beijing last week, the US economic team demanded that China cut its $375 billion trade surplus with the United States by more than half by 2020 and stop subsidizing high-value-added industries.

The first is impossible unless, of course, the US enters a severe recession and stops buying smartphones and computers. The second asks China to stop being China.

Now they have to decide whether to enact the threatened tariffs on 1,300 separate categories of Chinese imports, or to pretend the whole thing never happened. China has offered to allow US industries to compete freely inside its market, and by June 30 will open many financial businesses to foreign ownership regardless of what the US does.

Politically, the Trump administration is painted into a corner. It made demands that China couldn’t accept, in perhaps the worst case of inflated self-estimation since Napoleon III declared war on Prussia in 1870.

Although a tariff war makes no sense, the Trump Administration may start one simply because to do nothing would entail a loss of face in the advent of the November mid-term elections. Beating up China is popular in the Midwestern states that turned the presidential election for Trump, and the president does not want to look weak.

What would happen if the US slapped a 25% tariff on a variety of Chinese goods? The chart below shows what China exported to the US in 2017, leaving out a few smaller items.

Cell phones alone account for $70 billion of Chinese exports to the US. Consumer electronics along with telecom equipment comprise nearly $200 billion. Toys earned China another $28 billion. Slap on tariffs, and the must-have Christmas toy will cost 25% more, not to mention computers, flat panels and so forth. In terms of GDP, the impact will be slight, but a generation of Americans has come to regard cheap electronics as a birthright.

Of course, Chinese companies could shift assembly to Vietnam, change the label and sell the same products in the US with a few months’ delay, and Americans could buy more laps from Asus and Acer than from Lenovo. Since all of these use the same components, and because final assembly represents a small fraction of the overall cost of a laptop, the impact on China would be fairly small.

There is a single global supply chain for electronics, and most of the value added comes from components, not the owner of the label on the box.

What about China’s response? As the chart below makes clear, America’s most important export to China is passenger aircraft, with Boeing as the largest beneficiary. China would shift to Airbus. It would take a couple of years to make the transition, but the Germans and French would be richer and Americans would be poorer.

The second-largest item is soybeans. China could shift purchases to Brazil, but in that case someone else who bought from Brazil would have to buy soybeans from the United States. That’s why the trade war talk hasn’t affected the price of soybeans substantially.

Semiconductors seem a minor item, with just $6 billion a year in sales, but indirect sales are much larger: most of the chips produced under American design come out of Taiwanese or South Korean fabrication plants. China’s quarter-trillion-dollar import bill entails tens of billions of dollars of annual royalty payments to American companies.

China won’t slap tariffs on semiconductors; instead, it will undertake a crash effort to produce its own. China has reportedly launched a $47 billion fund to build up its home semiconductor industry. Huawei, the world’s largest telecommunications equipment company – and now a pariah in the United States – started shipping its high-end smartphones with its own “Kirin” cheap earlier this year, and reviews indicate that the new chip performs about as well as the mobile chips that Huawei buys from Qualcomm and others.

Chinese semiconductor industry experts believe that in a worst-case scenario – the United States cuts off Huawei’s supply of mobile chips as it did to ZTE, China’ second-largest telecom equipment company – Huawei could substitute its own production within about 18 months.

Chip design, to be sure, requires the combination of an array of talents that do not flourish best in a top-down environment. Under the best of conditions, China would require years to nurture the talent and teamwork required to compete with American companies like Intel, Qualcomm or Nvidia. No monopoly of skills last forever, though, and America’s trade war threats have given China a new impetus to cast off its dependence on American semiconductor design.

China, to be sure, takes on an enormous risk in the “Made in China 2025” campaign. It has committed enormous public resources to building industries mainly based on existing technology. If the technology changes radically, China’s state-backed investments will become obsolete.

There are alternatives to the present chip fabs on the drawing board today based on different physical principles. The United States might undertake a crash program with public funding and industry participation to create more efficient methods of chip production, and leapfrog China’s state investments.

Something like this would require coordination from the White House Office of Science and Technology, which is still waiting for President Trump to appoint a director. 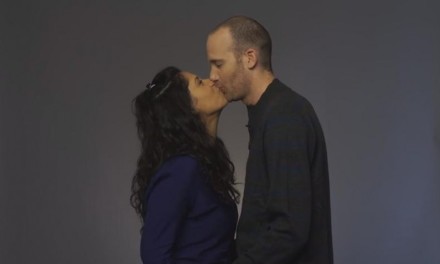