American Taxpayers Must Be Told The Real Cost Of War 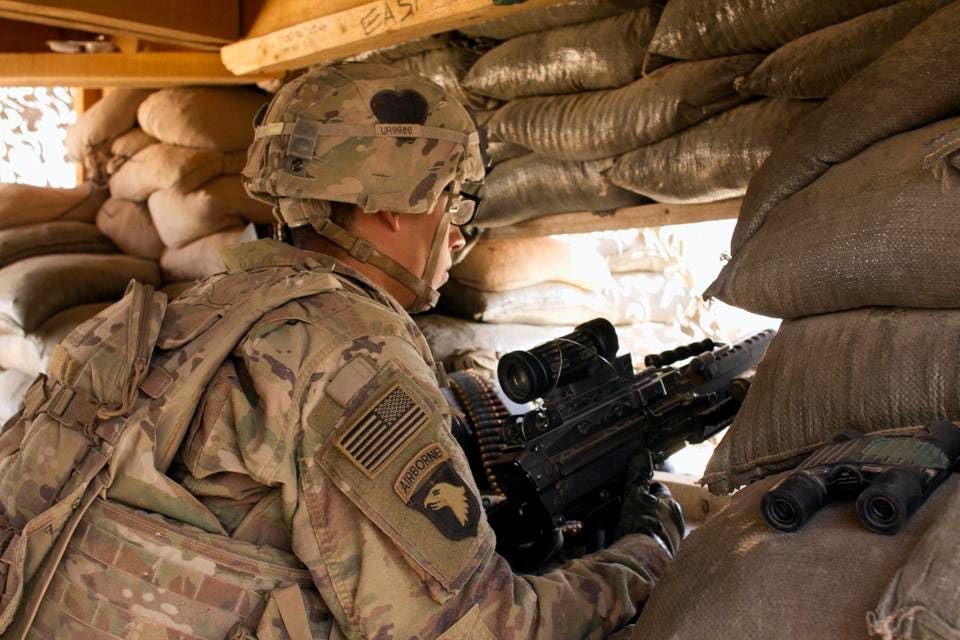 Congress has spent much of the last decade not passing budgets, and the federal spending bills—the omnibuses and the stop-gaps, the sequesters and the extensions—which do pass are typically byzantine monstrosities unintelligible to most of the constituents their creators ostensibly serve. Congress has also spent recent years not passing declarations of war, and the multitude of military interventions in which the United States is entangled anyway is a confusing mess of conflicting and concealed information in which waste is ignored and mission is ever-creeping.

With such ramshackle fiscal and foreign policy alike, Americans might be forgiven for being uncertain whether and where our government is at war, how long it has been there and how much the whole thing will cost us. And that’s a shame, because without such information we are ill-equipped to select our representatives or demand their accountability and good policy-making once in office. Washington’s irresponsibility is self-perpetuating, and it occurs on such a grand scale that even the canniest observer is liable to miss gross imprudence and corruption.

It is that context which makes so valuable a little-noticed clause in this year’s defense authorization bill requiring the defense secretary and Internal Revenue Service commissioner to put online the full cost, “including the relevant legacy costs, to each American taxpayer of each of the wars in Afghanistan, Iraq and Syria.” This means the Defense Department and IRS will be required to calculate how much each and every one of us has spent on the last decade and a half of military intervention in all three of these countries.

It’s sure to be a hefty bill. Already we’ve dropped an estimated $5 trillion on Iraq and Afghanistan alone, and counting those “relevant legacy costs”—like long-term healthcare commitments to U.S. veterans and interest on the debt incurred by these wars—the total is projected to top $12 trillion by 2053. With a current count of about 120 million taxpayers, that comes out to a cool $100,000 a head.

And that’s if we’re done in Iraq and Afghanistan by the end of 2017, and not including any expenditures in Syria (let alone Libya, Pakistan, Somalia and Yemen)—two huge qualifiers that suggest $100,000 a pop is too cautious an estimate.

Beyond the fiscal costs, of course, is the incalculable toll these wars have exacted in blood and tears. Contrary to the claims of establishment hawks, it is impossible to honestly look at the Mideast today and say American foreign policy choices of the past 15 years were worth their price. Indeed, argues military historian and Ret. Col. Andrew Bacevich, it was U.S. intervention that “ended [Iraq’s] stability” and produced a regional power vacuum into which the Islamic State surged.

Recent history “shows that U.S. military involvement in the region simply does not work,” Bacevich adds. “When we intervene, directly or indirectly, the result is not greater stability, it’s greater instability.” That $100,000 or so from each one of us—not to mention the lives lost and ruined by war—has not bought peace and progress but chaos and terror. This is government waste at its very worst, and the forthcoming per-taxpayer cost must spur a real change in foreign policy direction.