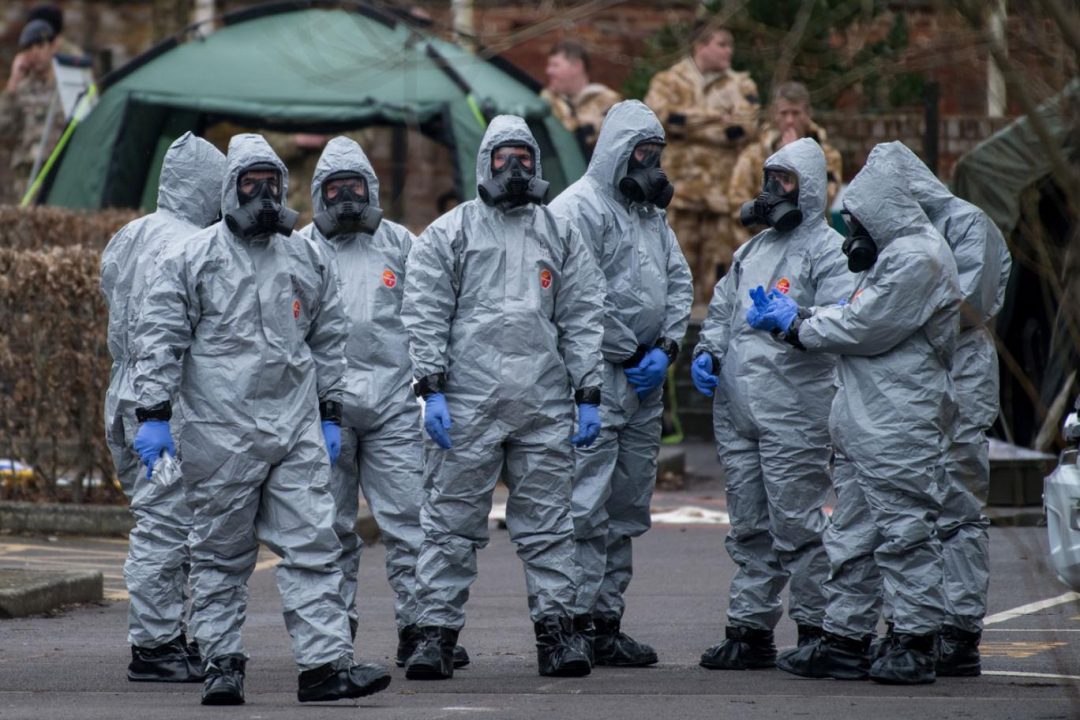 In her daily press conference on 5th April, the Russian Foreign Ministry spokeswoman, Maria Zakharova, mentioned a quiet resentment and fury that is building up amongst ordinary Russians over the way the Government of the United Kingdom has handled the case of Sergei and Yulia Skripal. Strange though it may seem, I sense a similar feeling of anger and resentment building up here in the UK, as it becomes clearer and clearer that the official narrative has little or no connection with reality.

The anger and frustration is increasingly being displayed on comment boards underneath pieces reporting on the issue. And the feeling is not confined to those who would normally be labelled “conspiracy theorists”. It appears that even many of those who would not normally question official statements can see that something is seriously wrong with all this.

More specifically, from whence comes this feeling? Here are just 20 of the many reasons for this growing anger:

1. It comes from being asked to believe frankly outlandish claims – such as the one that is central to the whole incident, that the Skripals, who are very much alive and well, were poisoned by a military-grade nerve agent with a toxicity 5-8 times that of VX.

2. It comes from the way that our Government recklessly accused another country – a nuclear-armed country at that – of committing a crime before the investigation into the incident had established the most basic of facts.

3. It comes from the fact that the UK Government has prejudiced and politicised the investigation with their claims before facts, their verdict without evidence, their sentence without proof.

4. It comes from the fact that the UK Government refused to go through the internationally established protocols for cases such as these. For instance, it only wrote to the Organisation for the Prohibition of Chemical Weapons (OPCW) on 14th March — the same day that Theresa May stood up in the House of Commons and formally accused the Russian Government of culpability.

5. It comes from the fact that the British Government, which repeatedly speaks about what it calls “British Values”, discarded some of the most basic legal concepts that have formed a part of real “British Values” for centuries, such as due process and the concept of innocent until proven guilty.

6. It comes from the way that the British Government has refused to allow those they have accused to see any of the supposed evidence against them, preferring instead to use spurious and circular nonsense such as the arsonist shouldn’t investigate his own fire.

7. It comes from the fact that the Government attempted to lead the public into believing that the Skripals were poisoned by a substance that must have come from Russia, because apparently only the Russians were capable of producing it – a claim that is demonstrably false.

8. It comes from knowing that Boris Johnson was quite prepared to lie to the public, and instead of facing up to his misdeeds like a man and resigning, he has instead behaved like the great supine, protoplasmic invertebrate jelly he is – to borrow his own phrase – slithering and twisting his way around his own actions by acting as if nothing has happened, and that anyone who raises questions about his fitness for office is working for the enemy.

9. It comes from the labelling of those who have questioned the increasingly preposterous claims as “useful idiots” or “Kremlin stooges” or even outright traitors, for even daring to ask for clarification on the most basic points.

10. It comes from the way that the media has marched lock-step in line with the Government, refusing to ask the most obvious and basic questions, such as the ones I set out here and here.

11. It comes from the curious way that events seem to “happen” only after other events appear to force them to “happen”, such as the announcement of Sergei Skripal’s miraculous recovery from being in a coma, which came a day after the leaked transcript of the telephone conversation between Yulia and Viktoria Skripal in which Yulia stated that he was well.

12. It comes from the way that attempts have been made to make “facts” fit the narrative, such as the theory, first touted more than three weeks after the incident, that the Skripals were poisoned by a military-grade nerve agent at their front door – an explanation which looks to be contrived in order to explain the curious anomaly that Detective Sergeant Nick Bailey was said to have become ill after visiting Mr Skripal’s house.

13. It comes from the fact that the Government and the media have refused to report in any meaningful way on the connection between Mr Skripal and Pablo Millier, his MI6 recruiter and fellow Salisbury resident, and on Mr Miller’s connection with Christopher Steele – author of the Trump Dossier. The connection may ultimately be irrelevant to the case, but it is surely of interest at present.

14. It comes from the illegal and frankly immoral way that the UK Government has repeatedly denied consular access to the Skripals, which it is obliged to give under Articles 36 and 37 of the 1963 Vienna Convention and Article 35 (1) of the 1965 Consular Convention.

15. It comes from the way that Viktoria Skripal, who is quite obviously keen to see her uncle and her cousin, has been denied a visa under some absurd pretence of her application not meeting UK immigration rules.

16. It comes from the way that the Skripals appear to be being denied consular access, denied access to their relatives, and – so far as I can work out – denied access to legal representation. In other words, it looks increasingly as if they are being denied the most basic of legal and familial rights, and Yulia’s comments in her conversation with her cousin on 5th April do not inspire any confidence that this is not the case.

17. It comes from the way that the existence of Mr Skripal’s pets was only mentioned by the media on 6th April, and this only after Maria Zakharova asked a pointed question about what had happened to them in her daily briefing of 5th April.

18. It comes from the fact that the condition of the pets – a cat and two guinea pigs – has been almost blithely reported in the media, despite the obvious truth that they died through neglect whilst Mr Skripal’s house was effectively in the care of the Metropolitan Police who are overseeing the investigation – did they not even go in and check!

19. It comes from the fact that despite culpability having been apportioned after a few days, it is clear that the investigation has still not established the most basic of facts, with no suspect being mentioned or hinted at, instead the public has been fed a steady diet of increasingly outlandish and spurious claims about the location of the poisoning – the bench, the restaurant, the car, the suitcase, the flowers, the door handle, the buckwheat.

20. But most of all, it comes simply from that feeling we are being taken for a ride, and are being treated like utter imbeciles by a Government that feels it can make extraordinary accusations and simply expect the public to “trust us”.
It pains me to say all that. But it is so. These are not the observations of some tin-foil hat wearing anti-Government anarchist. Rather, they are the sober reflections of a Burkean, small c conservative — one who firmly in free and responsible Government, in the rule of law, in due process, in innocent until proven guilty, and who hates anything like the whiff of anarchy in the air.

Yet my fear is that as more and more of this sordid affair comes to light, and as the bizarre and frankly reckless behaviour of the UK Government comes in for serious scrutiny, that quiet sense of anger which has been building up amongst a public that realises it has been repeatedly misled, is unlikely to go away.