. . . for Germany as an influential citizen of Europe, Nord Stream 2 may chart the country’s first step towards regaining its position as a sovereign nation and deepening its ties with Russia—for all the right reasons. 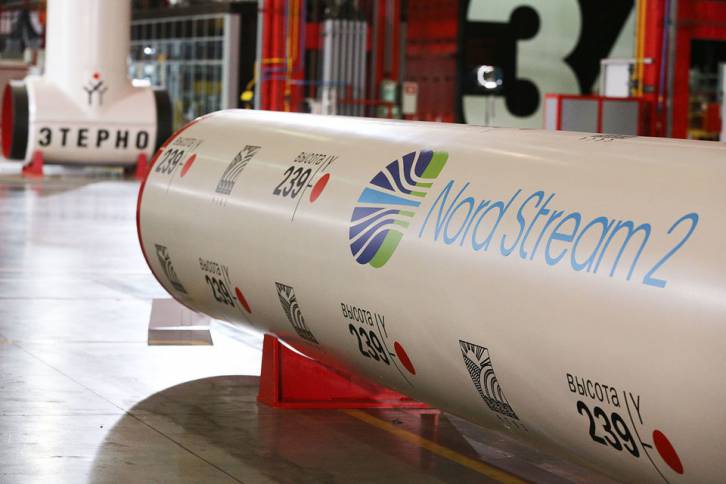 A recent article by Alan Riley titled “Nordstream 2: How Germany Lets Down Europe” appeared in the online news magazine The Globalist on 28 February 2018. The article claims that the Nord Stream 2 gas pipeline project is not in Germany’s best interest as a sovereign country, a member of the EU, and an influential citizen of Europe as a whole.

Some further reflection is warranted on these matters, in directions other than those offered by the article’s author. Riley is a Senior Fellow of the Institute for Statecraft (London) and a Senior Non-Resident of the Global Energy Center of the Atlantic Council (Washington, D.C.). At the end of the article he is listed as an adviser to Naftogaz of Ukraine and PGNIG (Polish Oil Mining and Gas Industry).

Germany’s geopolitical position in Europe is a complex one. It shares borders with many countries, including Poland, with which it has had serious political disagreements in recent years. It has twenty-one U.S. military bases on its territory and its media is influenced by U.S. intelligence, raising the issue of whether or not it is genuinely a sovereign country. Landlocked on three sides, the country possesses maritime outlets in the north to the North Sea and Baltic Sea that are essential to its opportunities for trade and useful for its national security.

Germany is among the largest consumers of oil and gas in the world. For the fulfillment of its relevant energy needs, the country has the following alternatives for the procurement of oil and LNG: from its main suppliers of Russia, Norway, and the UK; from Ukraine transitting through Poland; from the U.S. with significant cost and distance considerations; and / or from Russia via the Nord Stream 2 route under the Baltic Sea. At the prompting of an ecology- and climate-minded populace, the German government intends to phase out its production of nuclear power by 2021 and has reduced its mining of coal. However, its household and industrial energy needs will remain a constant concern, given the above factors. According to statistics from 2017, Germany imported 61.4 per cent of its fossil fuels, the largest share of them supplied by Russia (35% of oil imports, 29% of coal imports).i

In his article Riley articulates the benefits for Germany of pursuing this energy arrangement with Russia via Nord Stream 2. However, he frames a legitimate economic deal between two countries having a decades-long history of successful business collaboration as Germany’s “in effect assisting Russia in undermining the smaller Central and Eastern European countries’ core security interests.”ii Why should a win-win business deal between two countries “undermine” any others? Riley’s analysis falls short is in his omission of the recent history of the U.S.-staged and -supported coup in Ukraine, leading to a neo-Nazi regime in Kiev that has done everything in its power to terrorize and destabilize its Russian-speaking population in the Donbas region. The coup failed, but in its aftermath Ukraine’s energy transport corridors linking Russian oil and gas with Europe became a source of contention between Ukraine and Russia. This destabilization of Ukraine represents the real “undermining” of Eastern Europe.

With the Ukrainian government’s inability to come to peaceful terms with the people of Donetsk and Lugansk, who demand a measure of self-determination and respect for their ethnicity, it goes without saying that Russia could not rely on safe transit of its energy supplies to its European customers. Thus alternative energy routes had to be developed; this is not difficult for anyone to grasp. The ways in which the Poroshenko coup government has demonstrated its Russophobia are too numerous to elaborate here and well-documented elsewhere. It is enough to note the many attacks on the Russian language, Russian Orthodoxy, and Russian culture in general in western Ukraine that would prompt the Russian government to initiate the construction of new pipelines.

Before the coup in Ukraine in February of 2014 Russian oil and natural gas were flowing through Ukrainian pipelines on a regular basis, with prices partially subsidized by the government of Viktor Yanukovich. It is precisely this destabilization of Ukraine that has alarmed countries on the receiving end of Russian energy supplies. The sanctions regime imposed on Russia by the U.S. and EU as a result of the failed coup and resulting reunification of Crimea with Russia, along with the counter-sanctions declared by Russia (which affected the countries of the EU far more than the U.S.), were devastating to German business, which has been losing approximately $105 billion in bilateral trade with Russia.iii

Efforts to reduce Russia’s financial and economic interactions with Germany and the other countries of the EU will not prove beneficial to Europe. Nord Stream 2 is indeed in the best interest of Germany as a country that badly needs Russia’s energy. Perhaps the realization of this profitable deal for Germany will encourage the other members of the EU to drop sanctions on Russia that were never warranted in the first place. Finally, for Germany as an influential citizen of Europe, Nord Stream 2 may chart the country’s first step towards regaining its position as a sovereign nation and deepening its ties with Russia—for all the right reasons.