Will Russia’s Stunning Response to US Aggression Have Any Effect on the DC Madhouse? 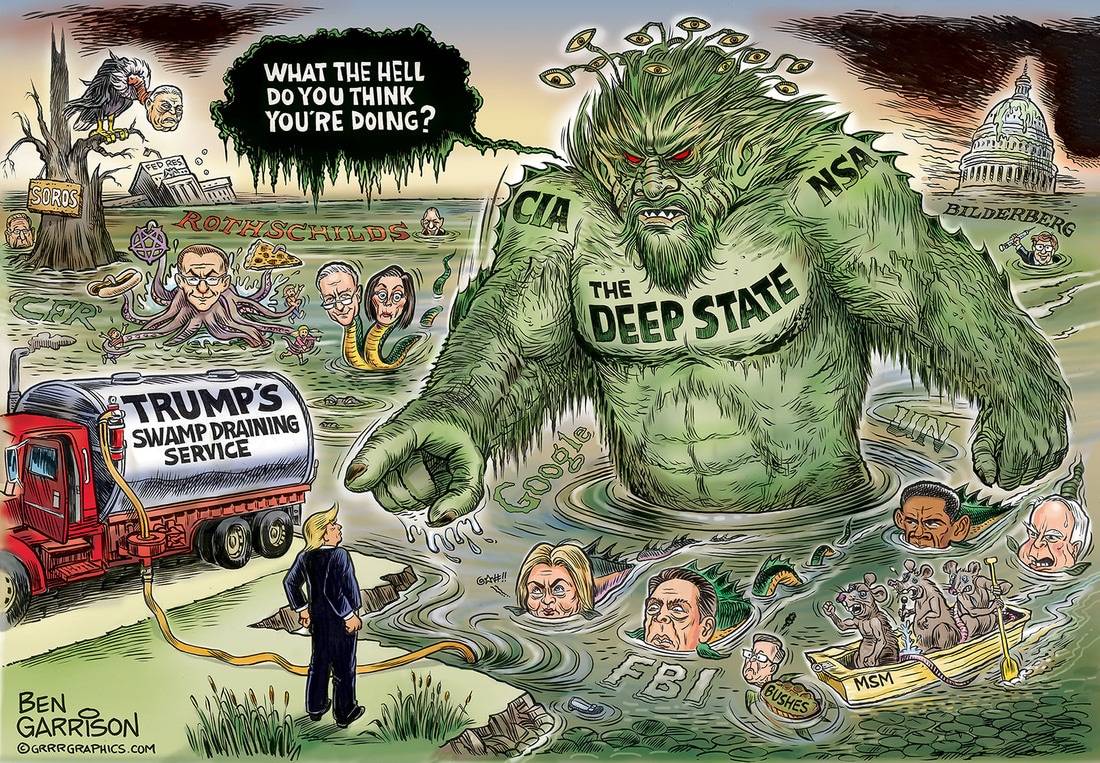 Back in 2007, Vladimir Putin made what was probably the most important international speech of the 21st Century so far at the 43rd Munich Security Conference. His main theme was that attempts to create a unipolar world with one country dominating and policing the globe were not only morally wrong, but also doomed to failure:

In the Q&A session after the speech, he warned that the decision of the United States to pull out of the 1972 Anti-Ballistic Missile (ABM) Treaty in 2002, which had been the fundamental basis for international security for 30 years, and their subsequent attempts to create a global missile defence shield, was not only a threat to Russia, which would inevitably have to respond, but by implication to the whole world:

“Plans to expand certain elements of the anti-missile defence system to Europe cannot help but disturb us. Who needs the next step of what would be, in this case, an inevitable arms race? I deeply doubt that Europeans themselves do…

But what do we know? That the United States is actively developing and already strengthening an anti-missile defence system. Today this system is ineffective but we do not know exactly whether it will one day be effective. But in theory it is being created for that purpose. So hypothetically we recognise that when this moment arrives, the possible threat from our nuclear forces will be completely neutralised. Russia’s present nuclear capabilities, that is. The balance of powers will be absolutely destroyed and one of the parties will benefit from the feeling of complete security. This means that its hands will be free not only in local but eventually also in global conflicts.

We are discussing this with you now. I would not want anyone to suspect any aggressive intentions on our part. But the system of international relations is just like mathematics. There are no personal dimensions. And of course we should react to this. How? Either the same as you and therefore by building a multi-billion dollar anti-missile system or, in view of our present economic and financial possibilities, by developing an asymmetrical answer. So that everybody can understand that the anti-missile defence system is useless against Russia because we have certain weapons that easily overcome it. And we are proceeding in this direction. It is cheaper for us. And this is in no way directed against the United States themselves.”

I imagine that this was the subject of much mirth in Washington. “What exactly are they going to do? An economic basket case with rust-bucket armed forces versus the richest and most powerful nation on the planet? And they think they can match us and respond to what we can do? Ha! Give me a break!” And so just as they ignored Russian protests when they reneged on previous agreements and started moving NATO towards Russia’s borders, so they chose to ignore these warnings too, continuing on a path that has since seen the installation of anti-ballistic missile interceptors in South Korea, Romania and Poland.

Towards the end of his State of the Union address, Mr Putin gave what might well be described as Munich 2.0, where he outlined the response he had promised back then would come as a result of the US tearing up the ABM Treaty and pursuing their ambitions for unipolar, global hegemony. What he described were six new weapons systems, which are frankly technologically and militarily astonishing:

Those who want some detailed analysis on these systems can find them here, here, and here. I would just add that despite the best efforts of the dutiful stenographers in what passes for the Western press to pass it all off as bluff and bluster, I would imagine that in the Pentagon they will even now be trying to deal with aftereffects of the shock and awe treatment they have just received.

What you will have noticed over and over again in those six points is the fact that these weapons cannot be stopped by any known anti-missile defence systems. In other words, US attempts to create a global missile defence shield, thereby ensuring their complete hegemony, are a gigantic waste of time, effort and money. Not only this, but the underwater drones mean that the entire US Navy should now be renamed “The World’s Most Expensive and Extensive Sitting Duck”, should it ever come to a conflict.

Of course the response in the Western media and Governments has been as predictable as it is tiresome and full of more folly than you could shake a stick at. “Sabre-rattling”, “Russian aggression”, “Boasting” were some of the words written by the dutiful stenographers. And of course Britain’s joke of a Defence Secretary described it as “the path of escalation and provocation”. Really? Looks like a response to escalation and provocation from where I’m standing.

I can’t fathom these people at all. Yes, I understand that most of them are probably bought and paid for by intelligence agencies or some Globalist organisation or other, but surely self-preservation ought to kick in at some point. Surely even the most Russophobic among them are not so dim that they can’t see that the US actions which provoked this response affect them just as much as they do the Russians? And yet they continue to ignore the real causes of this “escalation”, deceiving their audiences into thinking that the “response to aggression” is the original aggression itself.

Take the ABM Treaty, for instance. This agreement between the US and the USSR meant that neither country could place missile defence systems outside of its territory. This was an eminently sensible and pragmatic arrangement, maintaining a balance of power, since it meant that both countries could be certain that if they attacked the other, they would receive a retaliatory strike. In other words, the ABM Treaty ensured what came to be known as Mutually Assured Destruction (MAD), and so meant that neither country would be foolish enough to attack the other.

What would happen if one country decided to pull out of this, and started surrounding the other with anti-ballistic missile systems? Quite clearly, it would destroy that balance of power, make the other country very nervous about their intentions, provoke a response, and so make nuclear conflict far more likely. Well, this is exactly what the US Government did. Let me repeat that to make sure the point sinks in. This is exactly what the US Government did! And yet both Western journalists and Western Governments have utterly dismissed and even ridiculed Russia’s warnings about what this pulling out of the Treaty meant. Why, when it was obvious that it would lead to a new “arms race” and an increased risk of nuclear confrontation?

This is so blindingly obvious that even the most virulent Russophobe would understand it if it had been Russia that had unilaterally pulled out of the Treaty and had begun installing missile defence systems on the territory of Mexico and Cuba. And so this is absolutely nothing to do with being pro-American and anti-Russian or pro-Russian and anti-American — whatever those ridiculous, thought-free terms mean. It’s about something called basic common sense.

And so here was Mr Putin in his State of the Union address, speaking not so much for the benefit of his immediate hearers, but for the slow learners and fools in the West who have dismissed the obvious fears, legitimate concerns, and clear warnings that he and others have given about where the US’s actions would lead:

“I will speak about the newest systems of Russian strategic weapons that we are creating in response to the unilateral withdrawal of the United States of America from the Anti-Ballistic Missile Treaty and the practical deployment of their missile defence systems both in the US and beyond their national borders.

I would like to make a short journey into the recent past. Back in 2000, the US announced its withdrawal from the Anti-Ballistic Missile Treaty. Russia was categorically against this. We saw the Soviet-US ABM Treaty signed in 1972 as the cornerstone of the international security system. Under this treaty, the parties had the right to deploy ballistic missile defence systems only in one of its regions. Russia deployed these systems around Moscow, and the US around its Grand Forks land-based ICBM base.

We did our best to dissuade the Americans from withdrawing from the treaty. All in vain. The US pulled out of the treaty in 2002. Even after that we tried to develop constructive dialogue with the Americans. We proposed working together in this area to ease concerns and maintain the atmosphere of trust. At one point, I thought that a compromise was possible, but this was not to be. All our proposals, absolutely all of them, were rejected. And then we said that we would have to improve our modern strike systems to protect our security. In reply, the US said that it is not creating a global BMD system against Russia, which is free to do as it pleases, and that the US will presume that our actions are not spearheaded against the US.”

Is that so hard to understand? Is it not obvious that the actions of the US in ripping up this Treaty and then surrounding Russia with defence systems that would, in time, render their nuclear arsenal completely useless, was bound to elicit a response? Of course it was, but the dutiful stenographers act like it’s utterly irrelevant, mock Russian officials when they repeatedly draw attention to it, and carry on with their tiresome accusations of Russian aggression and sabre-rattling. No dears, all they have done is to respond, exactly as they said they would, to US aggression. It really is that simple.

Unfortunately American foreign policy was hijacked in the 1990s by fanatical ideologues with a messianic complex who cannot accept anything other than US hegemony over the entire planet. Will they accept that it is their actions that have caused this Russian response? Not a chance, since they believe they have the God-given right to full spectrum dominance. Will they accept that these new weapons developments mean that their dreams of hegemony and a unipolar world are dead and buried? Not a chance, since their ideology says that this cannot be the case. Will they accept Mr Putin’s invitation to them in his address to “sit down at the negotiating table and devise together a new and relevant system of international security and sustainable development for human civilisation”? “What, the Exceptional and Indispensable nation sit down with a country that should by rights bow down to us? Our ideology forbids it in every respect.”

ROPEC in Focus: Will Russia End Up Controlling 73% of the World’s Oil?