Missing the Forest for the Xi

For the past month, Western commentators have been wringing their hands over Chinese President Xi Jinping’s strengthening hold on power, which contradicts the long-held assumption that China would eventually embrace Western democracy. But just as China’s economic-development model has proven the West wrong, so, too, might its political model.
LONDON – In recent weeks, Western media commentators have focused extensively on the Communist Party of China’s (CPC) decision to abolish presidential term limits, which will allow Xi Jinping to remain in power indefinitely. Unsurprisingly, they have generally responded to the news with disappointment and skepticism about the Chinese political model. What is surprising, though, is the claim that China is reneging on some implicit promise to become more like the West.

Many observers assumed that China would inevitably embrace Western-style liberal democracy. But even though I, too, was slightly taken aback by the CPC’s latest decision, I never considered that simplistic interpretation of modern-day China to be particularly sensible.

Now, let me be clear: I am not going to argue that unelected strongman leadership is superior to Western-style democracy. If I believed that Xi was preparing to rule China with an iron fist for the next 20-plus years, I would share the doubts of many other commentators.

But allow me to suggest a more open-minded interpretation. For starters, as Yuen Yuen Ang of the University of Michigan reminds us in her excellent book How China Escaped the Poverty Trap, China has lifted hundreds of millions of people out of poverty without adhering to the conventional Western approach to development.

In fact, a young Beijing-based entrepreneur I met recently estimates that at least 20% of Chinese – over 250 million people – are now making $40,000 per year. Besides the United States, no other country in the world has that many people generating that much individual wealth. Whether Westerners like to admit it or not, that is a remarkable achievement.

But even more remarkable is the fact that it has happened under a non-democratic system, and that Chinese citizens appear to be rather content. Although small-scale protests are not uncommon, even among those in the top 20%, they tend to be scattered and fleeting.

Now, think about this. If China can sustain 5.5-7% annual economic growth for the next 15 years, the number of Chinese earning $40,000 per year could more than double. In that case, they probably will not be particularly concerned that Xi is still their country’s anointed leader.

This brings me to a second point. Contrary to the pessimists who have long been wrong about looming threats to China’s GDP growth, I suspect that China’s ultimate undoing could actually be its hukou (household registration) system. This is the arrangement that allows migrants from rural areas to work in cities across China, but does not afford them the same rights as urban-born dwellers. My guess is that very few of these Chinese are among the top 20% of earners.

Although the CPC has experimented with scrapping the hukou system in smaller cities where it wants to promote growth, it has refrained from doing so in the big cities. Based on private discussions I have had with Chinese policymakers, I know that they see the current arrangement as a major problem. But they do not want to confront it. Their reasoning is that abandoning the system altogether would impose an unsustainable burden on megacities such as Beijing and Shanghai.

Still, my hunch is that something will have to change eventually. A two-tier system in which almost half the population enjoys Western levels of wealth while the rest have no right to health care or social security cannot survive another 15 years. And if this is obvious to me, then it must be obvious to the Chinese leadership, too.1

There is no telling when an overhaul of the hukou system will come. But when it does, as I think it must, it will probably be accompanied by a dramatic shift in political governance. Given this, I can see why the CPC’s upper echelons would want to be particularly careful about leadership changes in the years ahead.

And lest we forget, when Xi came to power in March 2013, some at the top of the party tried to resist the changes he was bringing. Ten years may be a long time, but it probably isn’t long enough for fundamental questions about the future of the country and the party to be laid to rest.

So, my third and final point for consideration is that the CPC elites do not want a permanent Xi presidency so much as they want to avoid a forced change of leadership in 2023. My recommendation for Western commentators, then, is to focus on how the Chinese economy evolves in the meantime. Commentary examining growth in Chinese private consumption as a share of GDP, or potential changes to the hukousystem, will be far more edifying than that devoted to the personality and ambition of Xi Jinping. 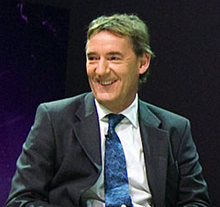