An Intellectual and His Lofty Contempt 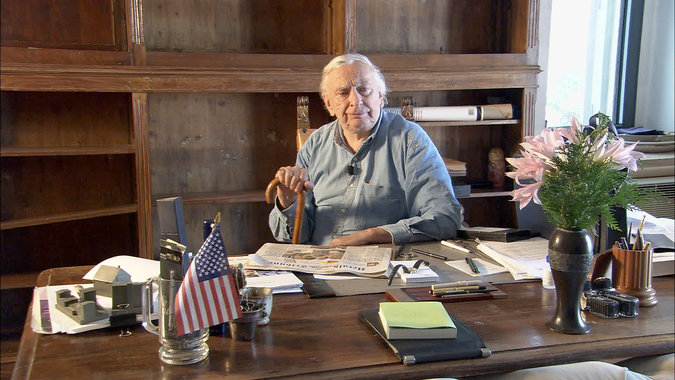 When Gore Vidal declared in an old television debate with William F. Buckley Jr. that 5 percent of Americans had 20 percent of the income and the bottom 20 percent had 5 percent, he was raising an alarm. That observation may be the most shocking moment in “Gore Vidal: The United States of Amnesia,” Nicholas Wrathall’s admiring documentary portrait of Vidal, who died in 2012 at 86.

Why shocking? It illustrates the astounding degree to which perceptions have changed over time. By the standards of today, when income inequality has widened exponentially and the middle class is shrinking, statistics that infuriated Vidal sound like the answer to a socialist’s prayer.

Intellectual celebrities nowadays eschew the lofty, disdainful tones affected by Vidal and Buckley, his conservative opponent, who died in 2008. Public discourse is louder, angrier and coarser. No liberal of comparable eloquence has taken Vidal’s place in the public square, although Christopher Hitchens, who died in 2011, deemed himself Vidal’s heir apparent, until the two men had a falling out.

Heavily seasoned with epigrams worthy of Oscar Wilde, this entertaining documentary portrays Vidal as a pessimistic political prophet with streaks of paranoia and misanthropy, but a truth teller nonetheless. In carefully selected excerpts from interviews and conversations conducted during all phases of his career, he exudes a patrician hauteur fed by a reservoir of chilly rage. For this champion of democracy and freedom of speech was an aristocrat who blamed many of America’s blunders on the short memory, or “amnesia” span, of the body politic.

“Envy is the central fact of American life” is a typically acute remark from a man whose default attitude was a lofty contempt. It must be said that Vidal, an avid student of history, was better informed than most people and had a sweeping global perspective.

The film opens with an image of Vidal, cane at his side, sitting on the tomb in which he will be buried. What follows is a thorough, skillfully assembled chronology of the life and times of this all-around man of letters and public gadfly whose historical novels are widely regarded as his finest achievements.

Born into a well-connected political family, Vidal attended Phillips Exeter Academy in New Hampshire, then joined the Army and plunged into a writing career. His grandfather, whom he idolized, was a blind senator from Oklahoma; his father, a director of air commerce for Franklin D. Roosevelt, taught him to fly at the age of 10.

Vidal’s first novel, “Williwaw,” was published when he was 19. “The City and the Pillar,” which dealt frankly with homosexuality when the subject was taboo, was a best seller. He later claimed that the literary and critical establishment, particularly The New York Times, had blacklisted him because of the book. He turned his energies to writing for the theater (“The Best Man”) and the movies (“Ben Hur”).

The documentary only glosses his private life, which is thoroughly dissected in Tim Teeman’s recently published book, “In Bed With Gore Vidal.” Vidal’s radical theories about sexuality, which earned him a fan letter from Dr. Alfred Kinsey, are mentioned briefly. The success of his comic transgender novel, “Myra Breckinridge,” which landed him on the covers of Time, Newsweek, Look and Life magazines, is noted, but the book’s vision not analyzed.

The film warmly acknowledges Vidal’s relationship with Howard Auster, with whom he had a domestic partnership for 53 years, until Auster’s death in 2003. The saddest moments show Vidal’s departure from the gorgeous cliffside house they shared in Ravello, Italy.

The meat of the film consists of Vidal’s gloomy thoughts on American history and politics and his conviction that the United States had metamorphosed from a republic into an empire in the thrall of imperialist grandiosity. His estimation of other politicians is devastating: John F. Kennedy was charming and an inspiring speaker but a poor leader who dragged us into Vietnam; Ronald Reagan was “the best cue card reader they could find”; and George W. Bush was a “fool.” About American involvement in the Middle East, he said: “What we’ve done is unite the Muslim world. We’ve made a lot of trouble for ourselves. This is only the beginning, and we will wish we had not done it.”

Asked what he thought his legacy might be, Vidal replies in a tone of withering indifference, “I couldn’t care less.”

Trump’s Relationship to Russia and China