How Brazil’s Lula Conned the World 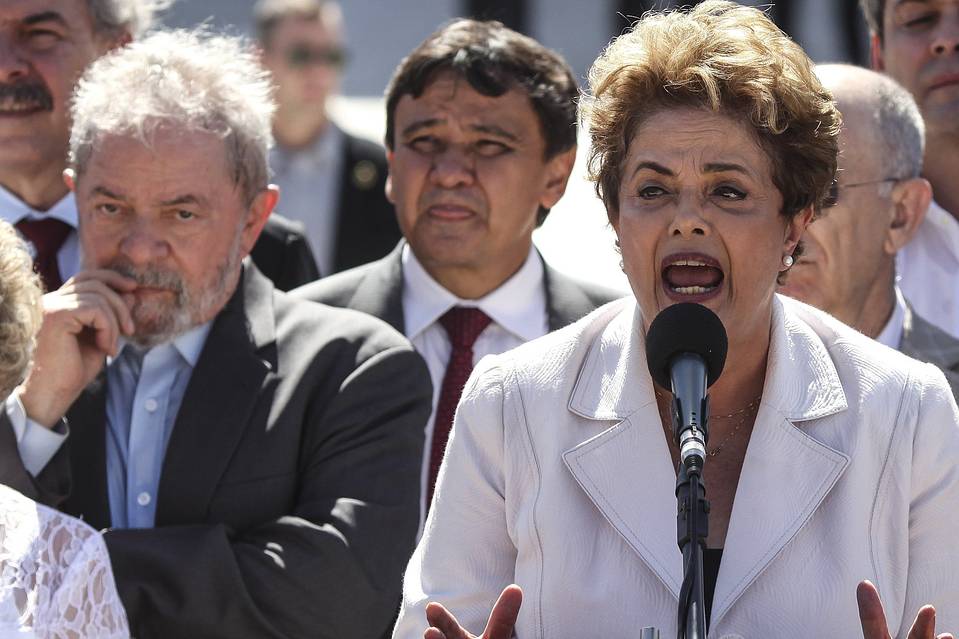 The 2016 Olympic Games kicked off in Rio de Janeiro on the weekend without major incidents. That seemed a near miracle after weeks of grim reports about shoddy construction, an unprepared security detail and monstrous traffic jams. Whether the athletes, visitors and Cariocas (as Rio residents are known) can get through the next two weeks without a catastrophe remains an open question.

It wasn’t supposed to be like this. Then again, when Rio won the competition in 2009 to host these games, Brazil wasn’t forecast to look like it does today—with a budget deficit equal to some 8% of gross domestic product, inflation near 10%, two years of economic contraction and a cesspool of corruption scandals.

In 2009, President Lula da Silva of the Workers’ Party (PT) had been at the helm for more than six years and was somewhat of a world rock star. His hip rhetoric denigrated the economic liberalism of the 1990s while hyping a new and improved brand of socialism with a samba twist.

Much of the region bought Lula’s 2.0 version of big government. Concerns about the return of left-wing Latin populism and its potential damage to entrepreneurship and economic growth were met with assurances that this time would be different.

Lula was a man of the left but he wasn’t Hugo Chávez, conventional wisdom explained. A November 2009 Economist magazine cover story was titled “Brazil takes off.” It cited a forecast by the consulting firm PwC that by 2025 São Paulo would be the world’s fifth-wealthiest city. Most of punditry agreed: Brazil was on course to take its rightful place as a world economic superpower.

Lula stepped down after two terms in 2011, handing power to his PT successor, President Dilma Rousseff. The 2016 Olympics were supposed to showcase the socialist paradise he had cultivated: an urban utopia mixing affordable housing, national industrial champions and orderly public-transportation networks to provide a tranquil—and environmentally approved—living experience.

Instead, at the Olympic Village, just weeks before the opening, sinks fell off the walls and there were various other plumbing disasters. The Australian national team fled from its quarters upon arrival because it found, among other things, exposed electrical wires next to indoor puddles of water. Guanabara Bay, the venue for open-water swimming and sailing races, is a giant petri dish of bacteria. A new metro line that was supposed to take visitors to the games ends eight miles short of its promised destination.

The Rio security company that was hired to screen spectators was fired 10 days ago for noncompliance with its contract. Organizers scrambled last week to hire and train a replacement team.

The world seems stunned. It shouldn’t be. Rio is a microcosm of Lula’s Brazil, where bureaucracy runs things from the top down and human beings are an afterthought. The only thing missing in this Rio analogy—so far—is the corruption that flourished at the federal level during 14 years of PT government.

President Fernando Henrique Cardoso of the Brazilian Social Democracy Party was an exception to the rule. During his eight-year tenure ahead of Lula, Brazil discovered macro-stability using responsible central-bank policy, a floating exchange rate and the goal of fiscal surpluses. The central bank adopted enhanced transparency, predictability and inflation targeting, all of which generated market confidence. The central bank also took an active role in supervising government-owned banks to avoid excesses in financing either the state or its cronies.

Under Lula and later Ms. Rousseff—who won elections in 2010 and 2014—the commitment to fiscal discipline gradually eroded. The government-owned bank Caixa Econômica Federal and the national development bank (BNDES) rapidly expanded credit. This was inflationary and risky, but the central bank ignored the problem.

While Lula and later Dilma were hawking Brazil as a world-class player, they did little to reduce the burden of government on entrepreneurs. The 2016 World Bank “Doing Business” survey, which studies the relative ease of entrepreneurship in 189 economies, ranks Brazil 174th in “starting a business,” 169th in “dealing with construction permits,” 130th in “registering property,” 178th in “paying taxes” and 145th in “trading across borders.” That doesn’t sound like the stuff of an economic superpower.

In late July, Lula was charged by a Brazilian federal court with obstruction of justice in a corruption investigation. Ms. Rousseff has been impeached for cooking government books and is now being tried by the senate. If political fraud for leading a nation to ruin were a crime, they both already would have been convicted.

The First Shall Be Last